RIAs Need to Prepare for Growth and Asset Surge: Echelon

Favorable organic growth has led RIAs to be complacent, but interesting times are ahead. 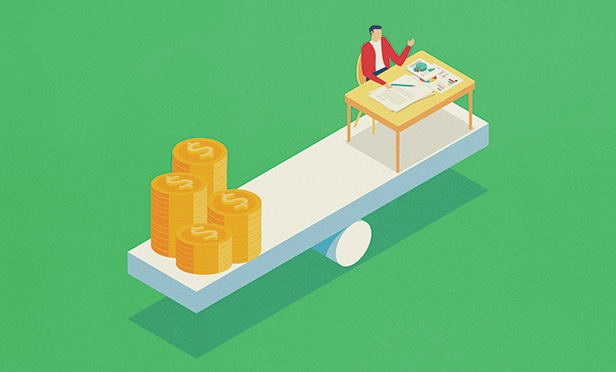 Easy success has led to a complacent population in the RIA ranks, according to findings that Echelon Partners CEO and founder Daniel Seivert presented during the Pershing RIA Symposium. This is no surprise with the average RIA tripling in revenues between 2010 and 2017, meaning an average compounded annual return of 16%.

“We’ve had the good fortune of some incredible tailwinds in the market as well as dynamics that is making this a strong growth industry,” Seivert told the audience.

However, he emphasized three areas that RIAs need to work on when trying to maximize the value of their firm:

Most advisors have grown organically, Seivert said. However, “we see there are firms that have not mastered organic growth and we believe that is a recipe for big challenges ahead,” he said.

Recruiting was a good way to grow that didn’t take much or any capital, with tuck-ins, a combination of deals and recruitment being on the same level.

Mergers were next, with acquisitions being last. “Most firms haven’t dedicated the resources [to acquisitions], but once a firm is ready, they can be powerful. But firms should focus on the other elements first,” Seivert said.

To put this in context on how they evaluate firms, he said that most economists put medium growth between 1.5% and 3%. Right now, he said, the economy is growing at a rate of around 4%.

With total professionally managed assets about $30.2 trillion now, using 14.4% growth as a multiplier, firms will be doubling in size in five years. Even using a lower 7.2% growth rate, they would double size in 10 years. “We could be at $60 trillion [in assets] by 2027,” he said.

But the money management business is woefully behind other industries, he said.

“There are so many industries that don’t have this profile of really positive growth, so as a result, people are hustling; it’s guerrilla warfare to get growth. They are stealing people, going after new products, new markets, investing heavily in marketing. Because we enjoy growth so easily, there are some very interesting implications of our overall behavior,” Seivert said.

For example, whereas the asset management business spends only 2% on average on marketing, across all other industries, it’s 12%.

Further, RIAs are “far more talk than action” when it comes to M&A, and competition for talent is “benign” compared with other industries. The business also is “far more complacent” in legal matters, such as with non-competes, employment agreements and equity agreements, than other more sophisticated industries, Seivert said.

He points out the increase in M&A deals since 2012. And this seems to keep growing, especially with smaller firms, those with $200 million or less.

What generation holds the most assets today? Not surprisingly, baby boomers, at 52%, with the silent majority holding 30%, Gen Xers holding 15% and millennials holding 2%.

Further, with the trillions of dollars in assets, it’s the middle, i.e. families with $2 million to $10 million, that is about 9% of all U.S. households and holds about 47% of overall assets, that should be a prime target.

Seivert said despite this surge in assets, RIAs don’t have the man- or technology power, yet. Ten years ago there were 16,000 more advisors than there are today, which is about 314,000, he said.

With this decrease, firms will have to incorporate technology to aid the growth of assets per advisor. Especially, as today each advisor handles on average $95 million, but will be handling on average $190 million in the next 10 years.

Tom Bradley and Bernie Clark talked to ThinkAdvisor about plans for a "best in breed," open-access platform.

Life insurance has a history.