3 Rules to Move From Entrepreneur to Professional RIA

Billion-dollar RIAs provide their advice on how to graduate from the startup stage.

Here are their best practice recommendations:

1. Know your role — and limitations. Petersen noted that as a firm grows, obviously the role changes for the founder and head advisor. “It’s important to know what your role is and to make sure you’re the right person for that role,” he said. “I would not be the managing partner of [my] business in five or 10 years. I’ll have to hire a professional CEO. I’m better at recruiting and finding talent; the front end is a good use of my skills.”

Burns agreed, stating that now he doesn’t handle any financial planning, instead just          manages the firm. He said that “as a firm approaches $5 million or so in revenues, you need to get serious about making that leap.”

Moving from founder to full-time CEO meant a willingness to “adapt to the position,” Brodeski said.

Furey added that leaders need “to be vulnerable. Just because you’re the founder doesn’t mean you’re the smartest person in the room.”

2) Pick a model and develop a culture. Concepcion says that Stratos focuses on advisors who service clients, and evolved the model by asking partners what they needed. “We find out what their pain points are and deal with them,” he said, for example, handling firms’ human resource and talent acquisition needs.

Brodeski said his firm follows the “Arthur Andersen model — before Enron.” Therefore, they globally developed one firm, one culture, one set of processes, one balance sheet, one income statement. He says the advantage to this model is they can “create scale” and they are “centralized despite people being spread out,” adding the firm-wide approach to doing things aids with this. He also said “be deliberate about what model you want and how to differentiate from others.”

Petersen said his firm went with servicing ultra-high net worth clients, which by focusing on a group can “enhance the client experience.”

3) Hire the best people. Perhaps a cliché, but all speakers noted this was harder to do than thought.

Concepcion noted said RIAs need to “bring in people who can be game changers and learn how to retain them.” He said his firm has an equity plan, which today they have about 100 shareholders. He advises that firms “create an HR function that helps focus on talent.” He added that in starting a firm, “Day one you’re wearing 50 hats … [but] finding folks who can do the job better than you is critical for growth.”

Typically when RIAs are small, they “hire people like  [the founder], and second, hire people who actually would work for [the founder], which isn’t always the best, and [and third] hire the people you can afford, which again may not be the best,” Brodeski said.

Today they no longer “hire people in technical roles, that have the skill set, but rather we hire people to the culture. We make that the priority.” He also recommended hiring the right mentors and developing young talent organically through intern programs. “When you’re small you need generalists, when you’re larger you need more specialists,” he added.

Furey said that RIAs “need to show willingness to attract and be fair with compensation for A-players,” as firms need that level of professionalism.

“Pay attention to red flags,” in searching for new people, Petersen emphasized.  “The earlier you can qualify a person [the better] as it will save time. Put a list together of criteria on what would be deal breakers.”

Furey noted that they have a client that just gives candidates the profile of what they are looking for and say “let’s talk in a month. [Because of that, the potential hire] might opt themselves out.”

Concepcion also said that a larger a firm gets, “more processes are needed. As you bring in talented people, make sure you listen to them. And don’t vote in terms of equity … I’ve been outvoted many times, and it’s helped the company.”

Giving people stakes in the firm was a key contributor to its success, Burns said. He also recommended that when “you hire great people, you should expect a lot, and develop [advisors] early.” 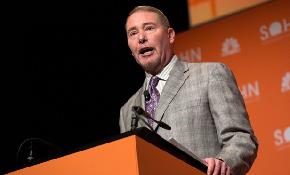