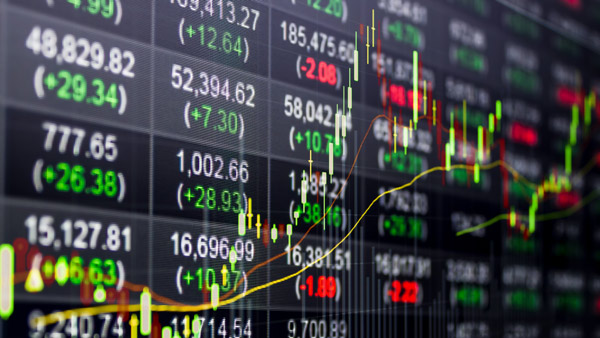 1. Mild Growth: Subdued economic cycles and what it sees as strengthened financial system are supportive of higher risk-asset valuations. 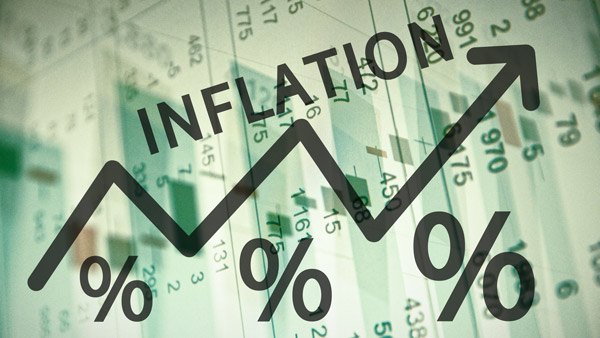 2. Stuckflation: Low and durable structural inflation has altered both monetary policymaking and investor behaviors, and inflation will remain low. 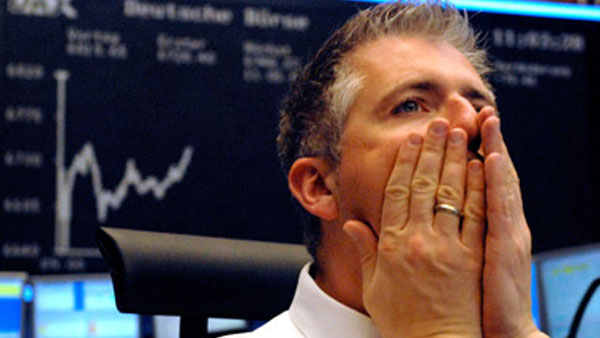 3. Changing Monetarism: The Fed and other central banks must be “thoughtful about using a traditional approach” going forward, and could lose their standing in importance. 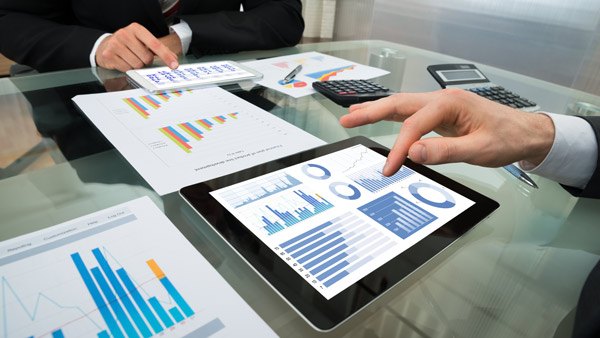 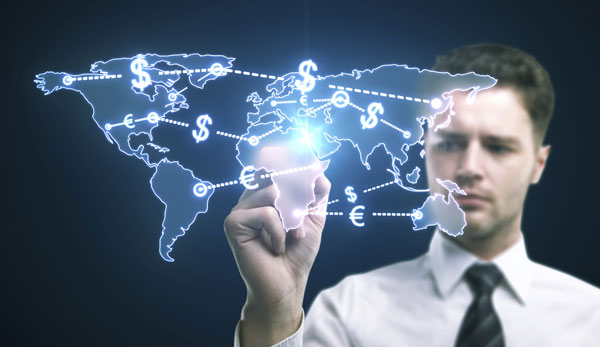 5. Global Repositioning: Browne sees entities such as the WTO being restructured. Overall, free-market capitalism and the managed capitalism of China are suffering, so both sides will have to revisit some assumptions that have been in place for decades. 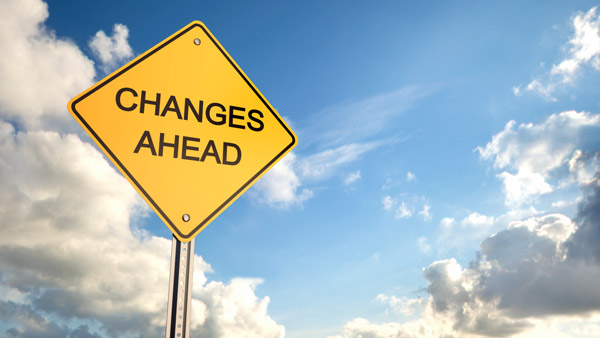 6. Populist Politics Influx: Populism may become a great force affecting economics, and in fact may affect markets with great swings.

(Related: Are We Ready for the Next Financial Crisis?)

Advisors should expect continued mild growth, controlled inflation and an accommodative monetary policy to result in “good-but-not-great risk asset returns and low but mostly positive fixed income returns,” states Northern Trust in its recently released 2018 five-year outlook. But the devil is in the details, and nearer-term projections for equities and bonds can differ from its five-year projections.

The bank’s six main assumptions are:

Actions taken and structures put in place since the 2008 financial crisis have made for a much stronger global financial banking structure, Bob Browne, Northern Trust Chief Investment officer, told ThinkAdvisor.

Cleaning up post-crisis legacy loans has made “strong banks, leading to a stronger financial system,” says Browne, adding that there may be some chipping away of Dodd-Frank, but “there’s no major effort to cut back on the capital requirements in a significant way.”

He says that this mild growth period is not an “episodic anomaly; we will see a more stable economic environment, [and] one that has not only fewer deeper troughs, but fewer higher peaks.”

Further, Northern Trust doesn’t see risk of a recession in the next five years. “But every year that we head into expansion we probably are getting a little bit closer to recession risk,” he says. Bottom line, “We still think there is a lot of potential capacity in the global economy to meet the needs of increasing demand and there isn’t much reason for the Fed to be overly aggressive,” he says.

Northern Trust believes the Fed will raise rates one more time this year, probably this month, and one time next year. “We’re in a new regime for inflation. There’s been a structural change, not just a typical low,” Browne says.

Some of the factors causing this include the impact of technology, ease and transparency of price discovery, and the ability for intermediaries and other redundant players in the economy to be disrupted and eventually eliminated.

There are risks, especially if the “trade battle turns into a trade war,” he says. However, he does believe that policymakers “underestimate the private sector’s ability to recalibrate to take advantage of technology.” That is, companies will find new pathways; for example, firms that were importing textiles from South East Asia may find other outlets, like Mexico.

He also believes another disruption will come from advanced technology, for example, 3D printing, and its ability to produce “closest to the consumer as opposed to closest to the cheapest supply. That is going to catch a lot of people by surprise over the next 10 years.”

3. Changing Role for the Fed

Tradition may no longer stand when it comes to the Fed and other central banks. “The financial markets are constantly voting on the success and failure of both fiscal as well as monetary policy,” he says. “And there is not going to be any tolerance for ‘almost got it right.’”

He states that the Fed could become a non-entity in the financial markets. “Going forward we’re saying the Fed should not be front and center, as they can only get it wrong. Getting it right means they no longer are a player in determining whether or not you should allocate risk capital to one market or another, or whether you should be overweight in bonds or not.”

His fear regarding the Fed is if  the economy heats up and it takes action. “My worry would be that a preemptive strike precipitates a recession that would not otherwise have happened if not for the Fed’s mistake. That’s the biggest risk,” he says.

He does believe if the Fed is too aggressive, “the markets will slap them,” and then the central bank would pause.

Browne says global governments’ new push into regulating technology may increase. “Technology companies are themselves [struggling] with what is the new paradigm with regard to their role from a social responsibility perspective. Is there a political bias seeping into social media or not? Has there up until now been a loosey-goosey approach to the use of private data for commercial use?” Those factors may mean more governmental or self-regulatory actions.

“Where do First Amendment rights start and potential abuse of data end? This is going to be a really important theme, not just for equity investors but also for macro managers like ourselves,” he says. “In the end, there’ll be a recalibration and new rules of the road that will be established and understood. But it’s going to be a multi-year journey.”

He sees entities such as the World Trade Organization and North American Free Trade Agreement changing, or even being eliminated. “The traditional roles of some of these entities have become anachronistic and they need to be revitalized and reviewed,” Browne says.

Although NAFTA has been a net economic boost for the three partners, “there were unintended consequences. You might say jobs would have been lost regardless given the changing nature of the manufacturing sector in the U.S., but you can prove it conclusively? All we can say is that the decline of manufacture jobs did accelerate after NAFTA. Was that the cause and effect or was that simply an added push for something that was already declining?”

Overall, trade models, both the “free-market capitalism with multilateral trade entities” and the “managed capitalism model” of China are “suffering strains, thus both sides are going to have to revisit some of the assumptions that have been in place for a couple of decades,” he says.

Advisors should tell investors with regard to today’s political upheavals that “they really have to be thoughtful and really think about the necessity of checking however they feel emotionally about either President Trump or his policies … don’t assume because you don’t agree with their policies or you don’t like the individual or party that it has to be bad for the economy and the market, because that has not been the case so far,” Browne points out.

He says that there have been inconsistencies, such as lower taxes and less regulation on the positive side, and trade on the negative side, “but the markets have recalibrated up until now.” He adds that investors have to “look at the net impact of the policies and what’s being implemented, and not what’s being tweeted.”

That said, investors should be prepared for more swings in policy due to the rise of populism. “What that means for the markets is you need to be prepared for more policy volatility because there’s going to be more political volatility as we swing left and right, and people take advantage of their time in power knowing their policies will be easily reversed because getting it institutionalized through legislation is going to be more difficult,” he says.

Northern Trust has been shifting assets back into the U.S. markets because they have “more confidence in the U.S. story,” Browne says. In the short term, the firm sees U.S. equities at about a 6.5% overall return, and a five-year outlook close to 6%. The longer term looks better for emerging markets, with a 8.3% overall return forecast.

Fixed income will remain in “a relatively benign environment,” he says. The one-year forecast for high-yield bonds is 6.3%, vs. a longer term view of 4.9%. They see 10-year bonds to be about 2.75%.

Northern Trust has been trading their forecasts since 1993 when it launched its Global Tactical Asset Allocation Fund [BBALX]. Today the fund has a four-star Morningstar rating with just over $90 million in assets under management. Its annualized return since inception is 6.24%, and is down 1.46% year to date through Sept. 6.