$1.5 Trillion in Corporate Cash Is Coming to America 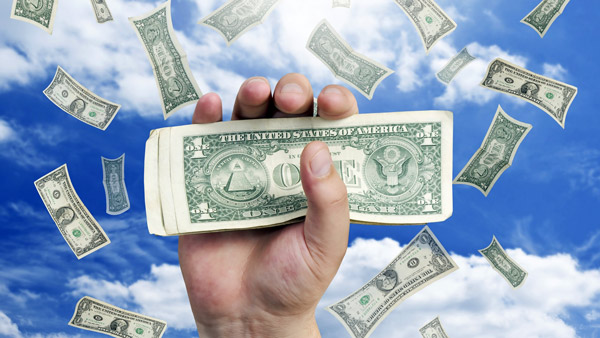 The biggest U.S. asset managers are going head-to-head to win a piece of a $1.5 trillion corporate cash comeback.

That’s the sum companies are expected to bring onshore under the U.S. tax overhaul passed last year, according to Invesco estimates. About $400 billion has already been repatriated, according to the firm.

Overseas, at least one major asset manager is losing out as a result of the changes. Cisco Systems Inc. yanked 5 billion euros ($5.7 billion) from Deutsche Bank AG’s asset management arm, DWS Group, in recent quarters as it repatriated profits, Bloomberg News reported on Thursday. The loss amounted to 40 percent of Deutsche Bank’s outflows in the first half of the year.

Cisco’s decision underscores the fierce competition among asset managers seeking to capitalize on President Donald Trump’s successful push to upend corporate tax rates — an effort that’s been criticized as a boondoggle to benefit companies already sitting on piles of cash.

The new law sets a one-time repatriation rate for untaxed cash held abroad — a 15.5 percent charge on cash and liquid assets, and 8 percent on non-cash or illiquid assets. Payments can be made over eight years. Previously, such funds were hit with the 35 percent corporate tax.

Halfway into the year companies are still only beginning to respond to the changes. Companies face an array of choices ranging from where to invest the money short-term and how to spend it.

“They have a significant amount of cash abroad and there is this window where they can capitalize on repatriating it,” said Jean-Yves Fillion, the chief executive of BNP Paribas SA’s U.S. holding company.

BNP Paribas recently reinforced its transatlantic task force that helps international companies with capital raising and financial strategy, including managing the flow of cash held overseas back to the U.S., Fillion said.

Here’s what some of the top firms are doing:

Fidelity is helping clients determine where to park their money, whether in government or prime market funds.

The timing for the decision is key in determining what the right investment vehicles are, according to Morin. Fidelity has hundreds of cash management clients, with more than $500 billion in money market funds, according to a company representative.

Making the Case for Disability Insurance to Clients

The world’s largest asset manager thinks it’s in a favorable position, having made several deals to add to its cash management business.

Ellen Bockius, BlackRock’s global head of cash management marketing and U.S. corporate cash sales, said that investors will be keeping a watchful eye over how companies put their tax-related windfalls to work.

Bockius said observers will continue to see “shareholder interest in what these corporations are doing with this cash,” whether that comes in share buybacks, bond repurchases, capital investment or deal-making.

Corporations that had been issuing debt in the low interest-rate environment are increasingly turning around their strategies, said Goldman Sachs Asset Management managing director Jason Granet.

In the past few years American companies “were going to the debt market in the U.S. while building up these huge stores of cash abroad, especially while interest rates were near zero. Now they no longer need to issue debt,” he said.

“It’s not surprising to see moves in our space because of regulation and costs. I wouldn’t be surprised to see more,” said Granet. “For us, we need to invest in technology, and have a broad range of solutions to offer clients.”

The firm is stepping in as companies rethink their capital structure, or how they finance their operations through different kinds of funds, said Ted Ufferfilge, global head of client portfolio management at JPMorgan Asset Management.

“People are trying to think through what they want their capital structure to look like,” with short-term bond funds in particular garnering attention recently, he said.

But customization is necessary.

“Everyone wants to change the capital structure of their company, but every company is unique,” added Ufferfilge.