What Living and Working in a Motel Taught This Advisor

Nancy Dinh, who now works at Armor Wealth Management, was born in Vietnam and moved to the U.S. with her family in 1975. 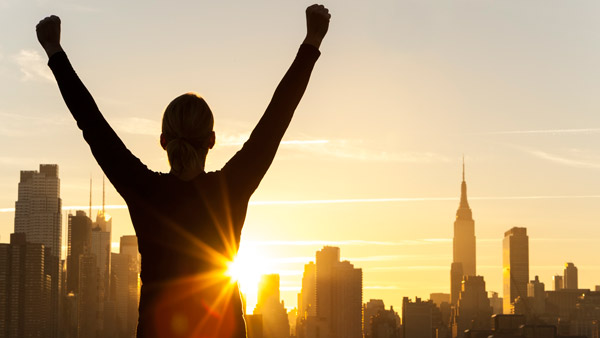 Inspired by her hard-working Vietnamese parents, Nancy Dinh made a “leap of faith” into the financial services industry nearly 15 years ago.

Dinh, who now works at Armor Wealth Management, was born in Saigon, Vietnam, and moved to the U.S. with her immediate family in 1975.

“My dad was in the air force,”  Dinh told ThinkAdvisor. “He actually flew with the U.S. during the war, and because of that we were very fortunate to be able to leave Saigon during the Fall in a better way than most of the Vietnamese people were able to come to the U.S.”

Her mother and father essentially had to start over when they arrived. While Dinh’s father attended Arizona State University, her family lived in and worked at a motel in Mesa, Arizona, from August 1975 to July 1976. Dinh was 4 at the time.

“It was called Elm Motel,” Dinh said. “My dad did all the maintenance. My mom and us kids cleaned all the rooms.”

Dinh’s dad graduated from Arizona State with an engineering degree. He worked in engineering in Arizona for years, and then his work was transferred to Texas in 1985. Dinh said her parents still live in the same house as they did when they moved to Texas.

Dinh was inspired by the “amount of struggle and hard work that my parents — especially my dad — did during that time. Taking care of the maintenance of a hotel, going to school full time, and he never gave up,” Dinh said. “He wanted it so bad and he wanted it for his family.”

She also credits her parents for teaching her work ethic.

“My parents have really helped me to take my career to where it is right now,” Dinh told said. “They taught us how to work hard, and if we wanted [something], nothing stops us except us.”

Dinh was working as a controller for a small R&D company when she decided to completely change her career.

“In 2003, I took a huge leap of faith and decided to get into the financial services industry,” she said.

That decision led her to becoming an insurance agent with Nationwide, the company’s first Vietnamese agent in the area. Following that, she had other stints in insurance at Prudential and New England Financial, before it merged with MetLife.

Then, she made another change in her career and decided to make a switch to financial advising at Valic Financial Advisors. She spent four years there working mainly with group retirement plans in education, nonprofits and municipalities. She worked with an estimated 900 to 1,000 clients with more than $45 million in assets under management.

Dinh, who was recently promoted to managing partner at Armor Wealth, helps advisors develop and grow their businesses. About 30 advisors work with Armor Wealth.

“We have people that help them get to the next level of their business by providing marketing, technology, compliance, sales support [and] those types of things, so they don’t have to wear all those hats,” she explained. “They focus on what they’re best at, which is sitting down with clients and helping them protect their families.”

It’s easy to see how Dinh has incorporated lessons from her upbringing into her work today.

Her advice for advisors, she said, is that “the only person stopping you from being successful is you.”

Goldman to Stop Doing IPOs for Firms Lacking Board Diversity

How RBC’s Kimmell ‘Bulldozed’ Through the Glass Ceiling

From switching paths in financial services and to overcoming work/life hurdles, she's helped blaze a trail for others.

Why Schwab’s Sonders ‘Keeps It Simple’