In the increasingly crowded registered investment advisor space, some RIAs are behaving like allies, not competing rivals: They’re white-labeling robo-advisors for other RIAs to use to attract clients seeking digital advice.

The tech-savvy RIAs who create the robos, which are then sold under the buying advisor’s brand name, are attaining economy of scale, while expanding into new markets. “They’re competing with Schwab,” Julie Cooling, founder-CEO of RIA Database and RIA Channel, argues in an interview with ThinkAdvisor.

Once a boutique niche of financial services, the RIA segment has become “a powerful, driving force in the investment advice arena,” and sophisticated RIAs “are a force to be reckoned with,” Cooling says.

Though she has never herself been an RIA, Cooling, 46, lives and breathes RIAs. Well, that’s a bit dramatic. Let’s just say that, in helming her two companies, she is wholly immersed in tracking the investment advisor world (though she did find time to complete an Ironman triathlon).

RIA Channel, a media company, produces 150 live webcasts a year in which Cooling interviews investment managers about investments — not about practice management, she stresses. The firm, which also compiles Forbes’ Top RIA lists, is the largest investment webcast-provider in the industry, she says.

RIA Database maintains detailed profiles of more than 1 million financial advisors across all channels, including BDs and family offices.

In the interview, Cooling discusses the changing RIA fee structure. And before scolding the financial industry for its disclosure-system “baloney,” she serves up her long-term forecast for the investment advisor space.

She has been in the financial arena since 1994, and early on, she mainly created and sold products at SEI Investments, Montgomery Asset Management and Forward Funds. Subsequently, she launched two successive companies of her own — both flops, she does not hesitate to point out — before opening RIA Database in 2005.

ThinkAdvisor recently spoke with the Forbes contributor, on the phone from her office in Charlotte, North Carolina. Here are highlights of our conversation:

THINKADVISOR: How has the RIA space changed since you founded RIA Database 13 years ago? 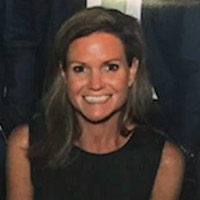 JULIE COOLING: There are more larger, sophisticated RIA firms, and they’re a force to be reckoned with. They’re offering a more holistic, comprehensive approach to wealth management. The RIA channel used to be looked at as a boutique-y area of the market. Now it’s a powerful, driving force in the investment advice arena.

Is the RIA space still the fastest growing?

In terms of assets, absolutely [$2.237 trillion AUM in 2017, according to RIA Channel]. There’s a lot of consolidation going on. M&A activity is continuing, for sure, because of the commoditization of asset management, especially with the proliferation of ETFs.

What’s the main attraction to becoming an RIA?

What’s the strongest trend among RIAs?

[Many] advisors are sharing information with one another and relying on one another for specialization. If they’ve become experts in a specific area, such as technology, they can get better scale by selling it to other advisors.

Are there eager buyers?

More and more firms are learning that they need to outsource things they’re not experts in and focus on what they are experts in. They’re concentrating on building their product around the client versus trying to get clients to buy their products.

What sort of technology are RIAs selling to other advisors?

Some who have created their own robos are white-labeling them for other RIAs to use because they’ve become experts in that technology, methodology or platform.

Any examples of RIAs that are doing that?

United Capital and Bancorp are two. They’ve created [robo-advisors] out of their own need to attract the next generation, who wants to be a little more hands-on.

What’s their logic when it comes to helping their competitors?

They’re saying that this might be beneficial to other RIAs, whose markets they’re not necessarily serving. Leveraging technology is a way for them to tap into that market. These firms are stepping up. They’re competing with Schwab. That’s the great thing about technology: You don’t have to be Schwab [to leverage it].

What other trend do you see?

A lot of advisors are getting more involved with the outsourced chief investment officer [OCIO] model, where RIAs are looking more like asset managers. They’re identifying managers and then repackaging that and selling it to other advisors. More and more advisors, who are trying to grow, are doing that. Again, they’ve become experts in an area and can get better scale by selling it to others.

What’s your forecast for the RIA space long-term?

I’m wildly optimistic. We’re still seeing 300-plus new RIA firms every month. There’s a trend on the hybrid side of offering lots of different services. That doesn’t necessarily mean [those advisors] are working with broker-dealers: they could be hybrid in terms of attracting clients online, lending products, alternative hedge funds and the like.

So the definition of RIA is more elastic nowadays?

Yes. You may be an RIA, but you’re really a hedge fund or a commodity trading fund. There’s a lot of noise about what the RIA market truly is. Three-hundred-plus new RIAs every month is a lot.

A lot of investors use multiple advisors. So, it’s “How do you attract and retain clients?” Staying ahead of the curve has always been the big challenge. But the new generation demands more. Therefore, you need to know more than they. You have to be the smartest guy or girl in the room.

There’s so much discussion about attracting millennials, but how are RIAs marketing to Gen Xers?

Capital Group, one of my clients, did a study, “The New Face of Wealth.” They referred to Gen X as “the [neglected] generation.” Identifying the drivers of that generation is critical for the success of an RIA, but those drivers are undetermined.

How would you characterize Gen Xers?

There’s a lot of distrust by that generation. Gen Xers are not all-in like the previous generation was. I’m a Gen X. We’re just holding our breath and waiting: It’s been nine years of a bull market. When is it going to shift?

Any other challenges that investment advisors have?

Attracting and retaining employees. With [increased] consolidation, they’re blending different cultures. It takes a huge amount of time and effort to make sure you unify the [combined] culture and nurture it.

I don’t see that the fee-only trend is as [prevalent] as it was seven years ago. Fee-based, yes; but not fee-only. The [RIA] fee structure will change because advisors are now offering services requiring that. For example, getting involved in insurance products, which I think will be offered increasingly, [they need to be paid on] commission. Therefore, it’s not technically fee-only. There are lots of conflicts of interest out there — things called fee-only, but in my opinion, they’re not.

What else is a conflict?

The whole system of disclosure is baloney. Sure, things are disclosed. But as an investor, you don’t understand why something may be bad for you — because it’s disguised. You can’t predict bad behavior: You don’t know a thief is a thief until he’s a thief.  You can disclose and disclose, but end investors still don’t necessarily understand. And just because it’s disclosed doesn’t mean it’s OK.