Investment banks have resurrected the old “collateralized debt obligations” that life insurers used to buy and reintroduced them as “collateralized loan obligations,” or CLOs. Here’s a look at the possibility that the bloom could be off the CLO rose.

It might be time to call the peak of the collateralized loan obligation boom.

For months, bond investors have lauded the products, which are pools of leveraged loans divided into tranches. “CLOs are our very best idea right now,” Chrystalle Anstett, managing director at Eaton Partners, said in May during a conference in New York’s Times Square that boasted 1,846 registered attendees. No matter that creditor protections are becoming weaker in the underlying loans. Never mind the industry’s explosive growth, which has forced managers to buy whatever is available.

Yes, CLOs have their merits. The top-rated segments have famously never defaulted, even during the worst of the financial crisis. And in a year of rising interest rates, the loans’ floating rates insulate investors from steep losses. As part of a balanced portfolio, they certainly make some sense along with more traditional fixed-income investments.

But it’s a different story when Barron’s, well read among individual investors, highlights closed-end funds that favor the riskiest tranches of the CLO structure, which have “yields up to 15%.” Here’s the first paragraph:

“The hottest thing in the capital markets is something few mutual fund investors know about, and those who do tend to shy away from. But astonishingly high yields — into the midteens — make these typically institutional investments worth another look.”

Perhaps they’re only bought by institutions for good reasons. For one, there’s no standardized market for the more than $1 trillion of outstanding leveraged loans, in contrast to junk bonds and investment-grade corporate debt. The documentation for CLOs is also complex — sometimes more than 300 pages long, according to a primer from Guggenheim Partners. Each CLO usually has more than 100 issuers bundled into one product. That provides diversification, sure. But it’s also an opportunity for investors to unknowingly become vulnerable to problematic loans.

It should always give buyers pause when borrowers have the upper hand. It’s bad enough that issuers are pushing the envelope on how far they can scale back covenants. But also consider that while it’s true that loan lenders are repaid first if a company goes bust, a larger share of them have loans as their only form of debt. In the words of Beth MacLean at Pacific Investment Management Co., a unit of Allianz, “if there’s nobody behind you, it doesn’t matter if you’re first in line.”

They're Off! Competition for Student Financial Planners Is Underway

Some worry that these loan pools sound a bit too similar to collateralized debt obligations, which, as anyone who read or watched “The Big Short” knows, nearly destroyed the financial system a decade ago. As Bloomberg News’s Adam Tempkin reported late last month, below-investment-grade asset-backed securities are set to claim the biggest slice of the overall ABS market since before the financial crisis. And the riskiest CLO notes are a larger percentage of the market than they’ve been in two years.

Impending doom is unlikely. But that’s no reason for complacency. Fitch Ratings recently released a report warning investors to “keep a close eye” on how supply and demand imbalances in the leveraged loan market can put CLOs at risk. Not those top-rated tranches, of course — they’re still “well insulated from underlying market pressures.”

No, it’s the lowest rungs of the structure that could suffer. And the high-yielding funds suggested in the Barron’s article, Eagle Point Credit Co. and Oxford Lane Capital Corp., naturally invest in the risky equity and junior debt of CLOs, according to their Bloomberg descriptions.

To the funds’ credit, they’ve returned 5% and 14% this year, respectively. And since mid-December 2015, when the Federal Reserve first started raising interest rates, they’ve both gained more than 20% on an annualized basis.

It’s hard to call the end of a credit cycle, and most signs point to a healthy U.S. economy. But when it does turn, Moody’s Investors Service forecasts that investors who were used to recovering 77 cents on the dollar from first-lien loans to failed companies may only get about 60 cents. For second-lien loans, they may get 14% instead of the historical 43% recovery.

It’s easier to assume the peak is close when the proverbial “mom and pop” investors are tempted to buy nontraditional investments, if they haven’t already. In fact, U.S. leveraged loan funds experienced their first weekly outflow since February in the period through July 4, snapping a 19 week-streak of inflows, according to Lipper data. Still, it has been a one-sided market all year.

CLO issuance should surpass last year’s mark, according to Fitch, and there’s a good chance the investments will again deliver strong returns relative to more interest-rate sensitive bonds. But the “smart money” has been reaping profits for years. You don’t want to risk being the one holding the bag when that reverses. 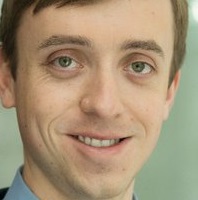 They're Off! Competition for Student Financial Planners Is Underway