The Certified Financial Planner Board of Standards made a recent announcement that it has created a Standards Resource Commission to help CFP certificants meet the Board’s new Code of Ethics and Standards of Conduct.

Before the newly formed commission begins its work, it should insist that the CFP Board adopt generally accepted fiduciary best practices for association boards. Otherwise, the work of the commission will just become additional ways and means for the CFP Board to abuse its power.

The CFP Board is a parasite. Consider the following from Wikipedia:

Parasites increase their own fitness by exploiting hosts for resources necessary for their survival, in particular by feeding on them and by using intermediate (secondary) hosts to assist in their transmission from one definitive (primary) host to another.

No organization has sucked more life out of financial planners than the CFP Board. To be clear, I’m referring to the conduct of the senior staff and directors as opposed to the dedicated faculty and volunteers that provide invaluable support for CFP candidates and certificants.

What Stories Are They Telling About You?

Consider the CFP Board’s recent conduct, and why members of the commission and CFP stakeholders (including the Financial Planning Association and the National Association of Personal Financial Advisors) should be alarmed:

What needs to be done?

Since the CFP Board is imposing a fiduciary standard on certificants, the Board should demonstrate that it also is going to abide by fiduciary best practices. A fundamental principle of leadership is that you don’t ask those you serve to do something you’re not willing to do yourself.

To restore confidence and trust, the members of the commission and CFP stakeholders should insist that the Board immediately adopt the following fiduciary and governance best practices:

Central to good board governance is that directors lead, and staff follow. The opposite has occurred at the CFP Board, which is why it has de-evolved into a parasite.

If nothing is done to cleanse the Board, the work of the new commission will unfortunately create new opportunities for the CFP Board to abuse financial planners. In the continued absence of moral and ethical leadership, the work of the commission — indeed, the value of the CFP mark — will waste away. 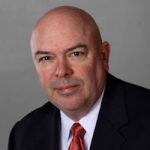 Don Trone, L5, is the CEO and co-founder of 3ethos, which has developed the new body of research in behavioral governance. He was the principal founder and CEO of fi360, and the founder and president of the Foundation for Fiduciary Studies.