How an 'Outsider' Helps a Hybrid Firm Grow

Owners of advisory firms like to picture themselves as superheroes who can serve existing clients, prospect for new ones, manage investments and run their businesses without breaking a sweat. But data from multiple sources confirm that the fastest-growing, most nimble and profitable advisory firms hire professional managers, because, frankly, most advisors don’t have superhero management skills.

That’s why Shannon Spotswood says she was hired by the hybrid RIA-broker-dealer firm RFG Advisory Group two years ago — to be a “disruptor in the business.” Spotswood credits co-founders Bobby White and Alan Ryall for realizing that RFG needed to bring in institutional management if the firm was to grow from $1.7 billion in assets to reach its goal of $5 billion in assets. Spotswood had spent 20 years as a portfolio manager with Symphony Asset Management, an investment banker with Volpe Brown and a business owner.

Growth at the firm, she explained, comes from increasing assets managed by existing advisors and by recruiting advisors to join Birmingham, Alabama-based RFG, which “fits the bill as a hybrid advisory firm” with its own RIA but also its BD affiliation with LPL Financial. “We’re a service company first, technology company second, and hybrid RIA firm third,” says Spotswood.

Before joining the firm, RFG was “pretty vanilla” and “beholden to LPL’s value proposition,” Spotswood recalls. To remain relevant and take advantage of the coming generational wealth transfer as an advisory firm of the future, “we needed a clearer value proposition,” she says. “We had to control our own technology platform,” for efficiency purposes and to enhance the client experience, she said, and “not just wait for our custodial partner” to do so.

The tech platform includes a client portal (white labeled for all of RFG’s advisors) using software called Fetch, which lets clients see their accounts in real time. But that access is controlled by the client’s advisor, based on the client’s expressed needs and wants and their comfort level with technology.

Advisors can use the client portal to deliver thought pieces from RFG’s chief investment officer, and the same technology is used in client reviews. Moreover, Spotswood says, RFG has added video studios to each of its offices, so even tech-challenged advisors can videoconference with clients and other interested parties.

Spotswood points out that RFG’s disruption includes naming a chief investment officer, Rick Wedell, who was hired in September 2016 carrying a pedigree that includes degrees from Harvard and Stanford and time as a portfolio manager and executive VP at Bain Capital.

“It was a counter-trend to look at our business model and think we needed a chief investment officer,” says Spotswood. RFG believes Wedell provides a “critical perspective” and level of investment sophistication for clients, though she points out that “we don’t mandate” to clients that they use Wedell’s models.

The “last piece” in RFG’s homegrown tech platform is still in beta testing, Spotswood reports: digitizing the client onboarding process through software called Agreement Express. “I’m an outsider,” says Spotswood, whose entire pre-RFG career was spent in the institutional world, so she was shocked to see the “mountains of paperwork” necessary to bring on a new client.

That new-client bottleneck is “one of the greatest disservices” to clients, and it has serious implications for advisors and the firm as well. However, once “all that rich data is digitized” it will better allow advisors to “prospect within their own book” while also making compliance easier. This kind of disruption is ingrained in Spotswood, who also practices what she preaches. The people she hires for her management team are “people who like change. I like to say, ‘How do we disrupt ourselves?’”

James J. Green, a former editor of this magazine, is editor of Jamie Green Reports, an advisor-focused writing, editing and shepherding service. He can be reached at [email protected] 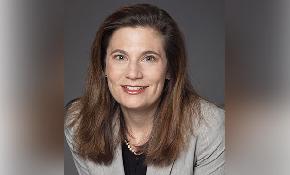 A few minor changes can dramatically improve the way you appear to clients and colleagues.