Leaving the Envestnet audience with a feeling of power and victory, social psychologist Amy Cuddy ended the first full day of Advisor Summit 2018 with a speech that continued the theme of expansion started by Envestnet Chairman Jud Bergman in the morning keynote.

Cuddy’s speech discussed body language and how advisors can take back the power by expanding their body physically, and of course, adding for good measure the famous “victory pose,” which is throwing your arms up in a “V” that is “hard-wired” in human beings, she said.

Cuddy, author of “Presence: Bringing Your Boldest Self to Your Biggest Challenges,” also is one of the most popular Ted Talk presenters.

Cuddy said that understanding body language can help advisors with their clients. “You are trying to give them a sense of safety,” she said. And with as many distractions people have on a daily basis, being “present” has these qualities:

This can work both ways for advisors: not only to provide a better self to the client, but to gain more clients. Cuddy said that people who have presence have the best success in raising funds, can stick with a venture they champion, inspire people they work with and do better overall.

“Presence begets presence,” she said. Clients are more likely to open up to advisors who have presence.

She told the audience of RIAs that what stops us from having presence are three things:

1) We cling to outcome and neglect process.

2) We obsess over how others judge us.

3) We feel powerless and consent to that feeling.

“[Studies show that] when we feel powerful, [we] feel more optimistic, more confident, [we] feel the world is safe place … filled with opportunities, not threats. [We] see the world as potential allies, not a threat,” Cuddy said.  She added that having presence allows people to think more clearly, perform better on cognitive tests, and be more creative because “bandwidth” is not taken up by distractions.

She also provided examples of how the animal kingdom uses body language or expansion to show power or victory, such as an elephant flapping its ears, or an animal will show the opposite when it is cowed and will make itself smaller.

She noted that even your mother’s admonition of “sitting up straight” has a basis, where clinical psychologists found that “when they had people sit up straight for three minutes, people had a mood boost.” She added that today doctors are dealing with the effects of how we all look at mobile phones, with heads down and shoulders crunched, which can affect our moods in a bad way, Cuddy said.

She added that “People consistently want to hire people who are in an expansive position. They communicate harmoniously, have confidence without arrogance and believe their story. Expanding is an activating position.”

She recommended that advisors prepare for any key interaction in three ways:

“Our bodies are changing our minds, and behavior changes our outcomes,” she said, adding that “tiny tweaks can lead to big changes over time.” 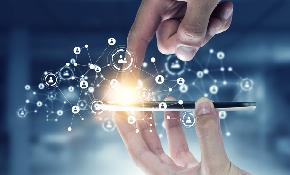 Personalized and Frequent Contact Is What Clients Want Now

Use this time to expand your footprint, excel in digital tools and have empathy toward your clients, Envestnet experts advised.