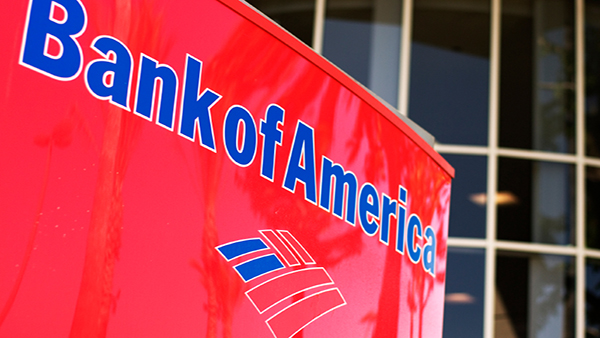 Bank of America Corp. hit a new milestone in its years-long effort to get costs under control.

First-quarter expenses totaled about 60 percent of revenue, the best ratio in more than five years. That helped push profit above analysts’ estimates, and corporate tax cuts spurred earnings to a record. Net interest income got a bigger boost than expected from higher interest rates, but fixed-income trading disappointed.

Improvements in the cost ratio will “continue to be the gift that keeps on giving for the stock as BAC continues its responsible growth agenda,” Glenn Schorr, a bank analyst at Evercore ISI, wrote in a note, referring to the company by its stock ticker. “The BAC steady improvement story seems very much intact.”

Chief Executive Officer Brian Moynihan, who’s had the top job for eight years, spent much of that time working to free the bank from legal entanglements and other costs that weighed on the lender after the financial crisis. The tax cuts could help the bank turn more to growth initiatives, including plans to open new branches and expand into states such as Ohio.

The company, the second-largest U.S. bank, reported net income of $6.92 billion, a 30 percent increase over a year earlier, surpassing analysts’ expectations. Total revenue climbed 3.7 percent to $23.3 billion, also higher than estimates, according to a statement from the bank on Monday.

“This quarter is not an anomaly,” Chief Financial Officer Paul Donofrio said on a conference call with reporters. “Instead it’s the latest in a string of quarters where we’ve shown consistent improvement in financial performance.”

Part of the bank’s success in the quarter came from trading stocks in the choppy environment traders like best. Equities revenue surged 38 percent to $1.52 billion, compared with analysts’ expectations for $1.18 billion.

Donofrio said on a call with analysts that equities clients are better prospects than their bond counterparts, particularly through the prime brokerage business but also in derivatives trading. Increases are “being driven by the opportunity we see in equities to do more with our customers and to build some scale,” he said.

Fixed-income revenue posted a surprise 13 percent drop to $2.54 billion, with the bank citing weak trading in corporate bonds. Client activity was lower compared with a year ago in part because the firm sold fewer new corporate bonds, Donofrio said. He said Bank of America’s credit desk didn’t have any specific trading losses.

The consumer business — the largest among its main four divisions — showed particular strength, with profit increasing $800 million to $2.7 billion as deposits and loans increased. The bank added to average loans for the 32nd consecutive quarter, Donofrio said.

Fees from credit cards rose less than 1 percent and the bank’s mortgage business sagged alongside other U.S. home lenders. New mortgage production declined almost 18 percent to $9.4 billion. A bank spokesman said the firm will no longer break out mortgage-banking income in its quarterly fee income.

The firm’s effective tax rate was 18 percent, lower than the 20 percent it predicted in January for 2018. That’s because of tax incentive programs the company used during the quarter, Donofrio said. The rate will probably increase in later quarters to average about 20 percent overall.