The Advisor and the Quant: Cryptocurrencies and Financial Planning

Joe Elsasser and Ron Piccinini discuss the future of cryptocurrencies in client portfolios.

In this series, we provide our readers with two distinct perspectives on the same topic — one from an academic, the other from a practicing financial advisor. In “The Advisor and The Quant,” we will pose one specific question to the advisor and the quant. You will see their responses here on ThinkAdvisor.

If you have a question or two, please send them to us.

Check out the previous column here.

QUESTION: What role will cryptocurrencies, like Bitcoin, play in financial planning strategies in the future? 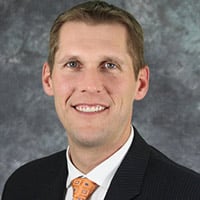 I expect cryptocurrencies will play a significant role in the future, primarily because they present an opportunity to reduce costs to consumers by disintermediating traditional financial institutions and reducing or eliminating central government manipulation of currency values. That said, the timeline under which this transformation happens is unpredictable. Which cryptocurrency ultimately captures the lion’s share of the market, and how these changes spread through the rest of the economy, is completely unpredictable.

With cryptocurrencies, we may very well be in the extremely early innings — much like biotech prior to the mapping of the human genome. We all expected biotech to become a “big thing,” but had no idea when or who the winners would be — and even with that example, we are still in the early innings.

Buying individual cryptos today is, at best, speculative, but at worst, precisely the sort of emotional investing (if you could even consider it investing) that advisors need to protect clients from. If a client believes in the future I’ve laid out and really wants to invest in cryptos, it likely makes more sense to consider companies that support the industry, such as miners, or will benefit from the industry as it develops, such as nontraditional financial institutions. There are a variety of ways to be involved in a transition to a cryptocurrency world without quite the wild ride that is certainly ahead for individual cryptocurrencies. 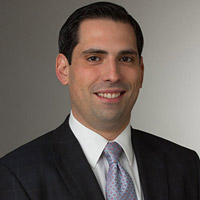 Few people realize that cryptocurrencies have been around for a decade, and there still isn’t a good practical use for them (even after billions of dollars of investment). I refer people to this article by Kai Stinchcombe, “Ten years in, nobody has come up with a use for blockchain,” so they don’t get accused of “not getting it.” Just because there’s no practical use for them now doesn’t mean that eventually the blockchain cannot revolutionize one or more sectors of the economy. This may take decades, but the immediate future is fraught with tremendous risk.

A good lesson can be learned from the past, when the internet gained widespread adoption. There were good reasons to think that the internet would revolutionize the economy, and that the winners of the space would earn tremendous results for their investors. However, picking the winner is not an easy task. Even if you picked a winner, such as Amazon, you signed up for a wild ride. Amazon’s stock price grew 56 times in the first couple of years, then gave back almost all its gains (losing 95%) in the following two years. Over the last two decades, Amazon increased in value by a stupendous factor of 680 times, but it was a wild ride. Investors who invested in the losers (i.e. most of them) lost almost everything. Cryptocurrencies are still very much in the proof-of-concept stage, and might end up being a new chapter in the history of Extraordinary Popular Delusions.

In the face of such risk, smart investors with the proper risk appetite will allocate no more than half of what they can absolutely afford to lose, and keep the other half for the next new thing. Greedy investors driven by the fear of missing out (FOMO) will probably learn an expensive lesson. Any fool can win a large amount of money playing Russian roulette. Wise people don’t consider Russian roulette winners to be great decision makers. In this situation, smart risk control will separate the sheep from the goats. 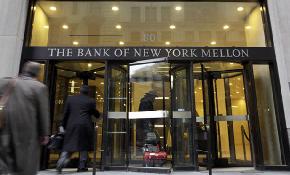