Apps Help Save for Children’s Future, a Few Cents at a Time

Apps like Acorn and Mylo are popular with young millennials and can help your clients children get an early start on growing their assets.

A high-tech alternative to piggy banks is conveniently letting parents build up investments for their children. It can also help young adults jumpstart their savings even before landing a job with a 401(k).

By using apps like Acorns or Mylo, consumers round up purchase amounts to the next dollar and invest the change.

The apps typically require users to be at least 18 years old. But an account can be designated for a child’s nest egg or for other purposes.

“Many of our users are parents and are investing spare change as a way of saving for their children’s education, or to help them buy their first house,” Philip Barrar, CEO of Mylo, told ThinkAdvisor. “Basically, many parents know that they need to be thinking about saving for their children’s future, but with so many day-to-day expenses taking priority in the daily budget, saving for far-off financial goals can be difficult.”

Instead, these apps provide a forced savings program, so time and compound growth can help build or supplement a child’s nest egg, even if it begins and proceeds with small amounts.

Then, as young people become adults, they can invest on their own using these same apps.

Based on her experiences with college-age students, Brenda J. Cude, a professor at the University of Georgia, said these apps “are definitely becoming more popular among college students and those just post-college.”

“They state a preference for apps over websites or any other mechanism that might achieve the same goal,” Cude adds. “Clearly, a part of it is convenience, but I think there’s something else at play here. It almost seems as they view an app — versus some other format — as a signal of trustworthiness or that this is the most appropriate way for them to achieve their goals.”

Later, however, as more options become available at a workplace, such as 401(k)s, young adults may opt for a 401(k) with its matching funds and tax benefits, and apps may take second place.

But for young people who have yet to establish structured financial discipline, the Mylo app remains an ideal option, Barrar said.

The app was developed with more than half of North American millennials in mind, those who have less than $1,000 in savings, according to Mylo. In fact, the company says that on average, a Mylo user can save around $1,000 per year.

Furthermore, Mylo’s portfolios consist of low-cost ETFs, and portfolio managers weigh the user’s specific goals, income and risk profile, and then assign them a diversified portfolio that matches their needs.

Acorns, which was launched in 2014, has some 2.8 million investment accounts, which take advantage of micro-investing. Accounts can be invested in ETFs from such firms as Vanguard and BlackRock.

The actor Ashton Kutcher is an investor in the company, and Nobel Prize winning economist Harry Markowitz is a member of the company’s Investment Committee. The Rise Fund, co-founded by Bono, the U2 singer, has invested in Acorns as well, according to news reports. Also, Acorns recently acquired Vault, a tech company that lets investors automatically invest part of their paycheck into a retirement fund. Recently, PayPal announced it can be used to fund an investment account with Acorns as well.

“We’re driven by the belief that anyone can grow wealth,” Acorns CEO Noah Kerner said in a recent statement. “Americans are taking small but important steps to save and invest…. It’s our purpose at Acorns to provide the tools, knowledge, and access to … make it possible.”

Jamie Hopkins, a professor at The American College of Financial Services, told ThinkAdvisor that one of the reasons that automated savings applications like Acorns are becoming popular is because “it works from a behavioral finance perspective.”

“Generally speaking, investing and savings is not complicated from the math and science standpoint, but humans are messy; we make it harder,” he explained. “From a behavioral finance standpoint, automation helps people overcome a lot of negative and harmful biases. So automated savings vehicles, that don’t drastically change our lifestyle and spending habits, are easier to adopt to and help people create wealth over time without constant affirmative decision-making being required.”

Technology also will improve finances and beat back negative behavioral biases, Hopkins said. “This can open up retirement savings options and college funding opportunities for children. Other organizations like charities have tried to capture and take advantage of these point-of-purchase transactions for years, as many stores ask if you are willing to donate a dollar … to a charity. Applications will give people flexibility, but controlled flexibility, moving forward so you might have the opportunity to decide between saving for yourself or donating for a charitable cause that excites you.”

Meanwhile, Acorns and Mylo are not targeting financial advisors.

“I don’t expect apps like Acorns to adopt a strategy to market to financial advisors,” Hopkins said. “However, you will see some applications and businesses go after larger financial service companies.”

He points out that financial advisors tend to concentrate on clients who have wealth to manage. “Obviously, financial advisors like strategies that cause their clients and prospective clients to save and accumulate money,” Hopkins said. “It’s hard to do planning for someone that does not have any savings. Financial advisors still will focus on what to do with money once you have it, not as much about getting people to accumulate.”

Pandemic Has Changed Advisor–Client Communications for the Long Haul

Most clients who say communications with their advisors have changed want to keep those changes when the pandemic ends, Broadridge reports. 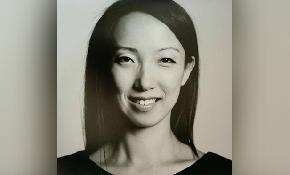 Salesforce Buys Stake in Hearsay, ‘Doubling Down’ on Financial Services