How a Fishing Proverb Can Be a Tech Lesson

You dont necessarily need the fanciest, most expensive product to do the job.

Jim Cook, founder of J. Cook Financial in Buffalo Grove, Illinois, once attended a talk given by a professional fisherman. In the Q&A session that followed the speech, someone asked the fisherman about fishing lure.

Cook remembered those words when it came time to pick out technology platforms for his firm. Many “flashy products” exist in the world of financial advisory software and solutions, he said, and advisors should take the time to carefully go through them in order to narrow down what exactly makes sense and would be a good investment for their particular business.

For Cook, eMoney’s suite of products seemed the right fit. He places a premium on robust data, particularly as it pertains to assessing clients’ risk tolerance (“there are statistical variances in peoples’ risk tolerance that are very specific,” he said), and he wanted a system that would integrate well with eMoney.

He found what he was looking for in RiXtrema, a portfolio crash-testing company that helps advisors discuss risk with clients. Cook was referred to RiXtrema by FinaMetrica and very quickly knew he’d found a powerful tool that could work in all kinds of environments to detect a client’s core psychology in order to assess his or her exact tolerance for risk.

“The challenge with assessing risk tolerance with technology is that people tend to look at it as a replacement for the human in some fashion,” Cook said, “but technology is new; humans aren’t. There is a huge emotional facet to the brain that you can’t just go in and change and assign a number to risk tolerance. Human psychology is important and I believe this is an area in which we’ll be seeing a lot of product development and innovation in the future.”

As an advisor, client psychology and behavior is also important to Cook as it pertains to communication. He looks to leverage the power of technology in different ways to better communicate with his clients, almost all of whom are millennials, born into and raised with technology.

Cook himself is part of that generation – his motto is “Plan the Cool Way” — which puts him at an advantage compared to other advisors. He’s comfortable, for example, with sending out video recordings to his clients, and he uses an app that clients can download to their phones to get notifications and communicate with him while on the go.

(Related: Thinking Millennial: How to Woo the Largest Generation)

“When clients have a messaging center right there in their hands, much of what used to have a lot of up-front costs and hurdles can be instantly accessed to minimize costs,” he said. “We have great tools on our hands to automate contact initially and after and that gives us a lot of leverage.”

Video, in particular, is a technology that Cook believes many advisors are missing out on. He uses it in a variety of ways, including sending private birthday greetings via video to his clients. He intends to create packaged video content to embed on his website, such as recordings about financial market conditions.

“By 2018, two-thirds of projected mobile device use will be only for video,” Cook said. “And all an advisor really needs to create videos is a tablet on a tripod.”

“I don’t bug my clients for referrals. I just tell them that I like to meet new people, so if we do a lunch with a prospective client, we talk about everything but financial stuff,” he said. “Even if they check me out on the internet, the generation I am working with wants to see me as a real person; they want to engage with me as a real person, so that’s how I engage with them.”

He extends that rationale to his broader world as well.

— Read Is Your Technology Working Against You? on ThinkAdvisor.

Correction: This article has been updated to clarify that Cook uses a third-party app to communicate with clients, not one he created himself.

The enhancements are especially useful in today’s remote working environment. 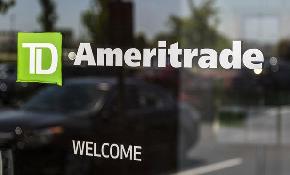 "We want to do all we can to minimize the impact of the coronavirus epidemic for advisors and their clients,” said Tom Nally, its RIA chief.