Industry giants fall short of independent startups in the robo race, according to NerdWallet.

NerdWallet published in January its analysis of the best robo-advisors for consumers. Robo-advisors have “officially gone mainstream,” the website stated, pointing to automated platforms released by major brokers like eTrade, Fidelity and TD Ameritrade in the last year.

However, those incumbent firms had little to offer by way of innovation, according to the report. “Most failed to stand out in NerdWallet’s in-depth analysis of the industry, falling short of independent startups like Betterment and Wealthfront or merely mimicking those services at a higher price,” Arielle O’Shea, a writer for NerdWallet, noted. Established firms’ deep roots in the industry may be the very thing that holds them back from creative offerings, she suggested.

NerdWallet’s analysis identified service offerings where today’s robo-advisors are beating their competition, as well as an overall ranking of the best robo-advisors for consumers.

(Betterment fee information has been updated since the firm restructured its fees on Jan. 31 – Ed.)

Regarding the platforms’ tax offerings, both offer “superior tax optimization services,” the report found, but Wealthfront edged out Personal Capital by drawing from a larger selection of individual securities. Wealthfront claims to add over 2% to annual investment performance with its direct indexing service, according to the report. Personal Capital pegs its performance increase through tax optimization at 1% annually.

Betterment users can link non-Betterment accounts like company 401(k)s and get advice on the full reach of their savings accounts.

However, Fidelity is one of the largest 401(k) providers, according to the report, and investors considering the robo-platform may well be Fidelity customers already. Even if they aren’t, Fidelity Go users have access to the full universe of retirement planning tools and apps, the report found.

What Fidelity Go doesn’t offer is 401(k) management. O’Shea said in an email to ThinkAdvisor that “it’s hard to find a robo-advisor that will directly manage a 401(k) – some hybrid services like Vanguard [Personal Advisor Services] will indirectly advise on 401(k) investments, but not directly manage them.”

Both platforms charge a maximum management fee of 0.35%, although Fidelity Go uses an all-in management fee that includes investment expenses, NerdWallet found. Users have to invest a minimum $5,000 in the Fidelity Go platform, compared to $0 at Betterment.

As noted previously, 401(k) management from a robo-advisor is pretty rare. Blooom (with three O’s) focuses exclusively on defined contribution plans, regardless of where they’re held, using the investments offered within the plan’s lineup. It charges between $5 and $99 a month for its services, with no account minimum.

FutureAdvisor’s 401(k) advice is limited to Premium account holders, who pay a 0.50% management fee. Furthermore, Premium account holders must have accounts at Fidelity or TD Ameritrade. Those who have an account with Fidelity, and whose accounts are enabled with BrokerageLink (and have a balance of at least $10,000), don’t pay any management fees to FutureAdvisor. That covers about 63% of Fidelity 401(k)s, the report found.

NerdWallet found Blooom’s fees are on the high side for smaller account holders compared to other tiered fee structures. The report found the median account balance managed by Blooom is $31,300, putting it in the $19 per month fee range. That comes to a 0.73% management fee, compared to 0.50% at FutureAdvisor.

Consumers who want more personalized services with occasional advice from an advisor should look into one of these providers, the report found. NerdWallet gave both Vanguard and Personal Capital four out of five stars.

Vanguard’s 0.30% management fee is slightly lower – and more in line with competitors – than Personal Capital’s fee range of 0.49% to 0.89%. The drawback is that the personalized service that might attract consumers to Vanguard’s platform is limited to those with accounts above $500,000, despite an account minimum of $50,000. Personal Capital has a lower minimum ($25,000); even though those clients with smaller balances are paying higher fees, they have access to an advisor regardless of their balance.

While both WiseBanyan and Charles Schwab’s Intelligent Portfolios platforms charge 0% management fees, NerdWallet pointed out that “very little in financial services is completely free.” The investments have their own expense ratios, of course, and clients on these platforms have limited access to certain services. The report found WiseBanyan users have to pay an additional fee for tax-loss harvesting, while Schwab’s platform only offers that service on accounts with more than $50,000.

Taking all things into account, NerdWallet found robo pioneers Betterment and Wealthfront to be the best overall digital advice platforms. Both offer low management fees, reasonable minimums, easy-to-use interfaces and innovative tools, according to the report.

“It takes a lot for smaller, independent companies to maintain their footing amid a slew of new launches, but Betterment and Wealthfront have managed to do that,” O’Shea wrote in the report.

Both platforms offer automatic rebalancing, tax-loss harvesting and diversified portfolios, but they differ in their fee structure. Betterment charges 0.25% for its digital-only service. Wealthfront manages $10,000 for free, charging a flat 0.25% for assets above that level.

That means advisors are competing with Wealthfront and Betterment for smaller clients, particularly since Betterment’s rollout on Jan. 31 of Digital Plus and Premium services. For and .40% and .50%, repectively, clients can now get varying levels of service from a human advisor. 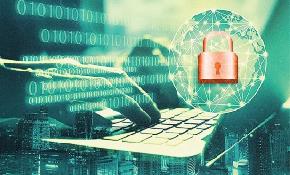 Advisors Beware: Schemers Are Out to Get You

The House Financial Services Committee and NASAA found the pandemic has brought out more fraudsters.

The firm also launched a business-growth platform developed with Dynasty, including financing and M&A tools.