Should Students Be Financially Literate Before They Take on College Debt?

Colleges and universities and even high schools may want to consider offering, or even requiring, financial education courses to students before they borrow funds to pay for college.

According to a new study from the Global Financial Literacy Excellence Center (GFLEC) of the George Washington University School of Business, just over half of 27,000 student loan borrowers reported making payments on time, while 37% reported having fallen behind on at least one payment and 25% reported being late on more than a single payment. The study was based on data from a 2015 FINRA study on financial capability.

Minority students and lower income students are more likely to fall behind.

A recent report from the New York Federal Reserve Bank found that 11.1% of aggregate student loan debt were delinquent – more  than 90 days late — or in default as of the second quarter this year. That’s roughly unchanged from the first quarter but still a higher delinquency rate than all other consumer debt for credit cards, mortgage loans, Home equity  and auto loans.

Late payments are not the only concerning findings of the GFLEC study, according to Professor Annamaria Lusardi, academic director of GFLEC. “We find that many borrowers take out student loans without being fully aware of what they are getting into,” Lusardi said in a statement.

Supporting that statement are several findings of the study:

Many borrowers could benefit from income-based repayment plans, such as the Pay As You Earn (PAYE), which limit payments to 10% to 15% of annual income for borrowers of direct federal loans and of Federal Family Education Loans (FFEL), but currently only about one-third of borrowers are enrolled in such plans, according to GFLEC.

Given these findings we asked Professor Lusardi via email about possible proposed solutions to problems surrounding the massive amount of student loans, which currently top $1.3 billion among 44 million borrowers – more than all types of consumer debt except mortgages.

Should colleges and universities provide some instruction/counseling to students who borrow or plan to borrow funds in order to attend their school?

Professor Lusardi responded, “Yes. We would recommend universities/colleges to do so. We find that many young people are uninformed and made poor decisions about their student loans.”

Should that take the form of a required academic course – with credit – for those students?

What is the responsibility of schools and lenders – whether it be the federal government or private lenders – to insure that student loan borrowers understand the consequences of borrowing to attend college including potential payback schedules when they graduate, including the fact that personal bankruptcy won’t eliminate student debt, etc.?

“Nobody benefits from students being unable to repay their student loans, so we will all be better off if colleges/universities and lenders make sure that individuals understand the workings of student loans,” wrote Professor Lusardi. “There is a business case for improving the financial literacy of borrowers: colleges and universities will have better alumni and lenders will face better borrowers.” 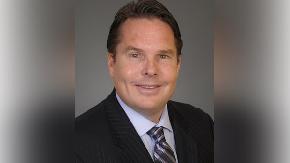