10 Best Cities for Millennials to Live

Millennials have some tough obstacles to overcome, what with student loan debt, a dearth of jobs, relatively low pay, and even having to return to the nest to live with mom and dad.

But if you’re determined to strike out on your own and beat all those problems in pursuing your profession, you’d probably want to do it in the best possible surroundings — and Niche has analyzed a lot of data to come up with the 10 best cities for millennials in the U.S.

Pittsburgh-based Niche, which analyzes data to help users determine the best schools and neighborhoods for them, drew on a broad range of sources for the data it used to make these determinations.

Rankings were determined considering a range of factors, including the number of young professionals who live there — after all, being among a group of your peers makes for great networking and socializing opportunities — job opportunities; access to bars, coffee shops, and restaurants; affordable housing; and cost of living.

Other considerations were the crime rate, level of education of residents, population diversity, unemployment rate, and the percentage of change in the number of employees from 2010 to 2013.

(Related on ThinkAdvisor: 20 Best Cities to Start a Career)

Each factor was assigned a weight in the overall score, and Niche graded a total of 227 cities that met required qualifications.

When all was said and done, it ranked 223 of those cities — and here are the ones it determined to be the top 10 for millennial professionals:

“Keep Austin weird,” is the rallying cry of the city, and for good reason. The city’s access to live music and nightlife is a major draw for many young adults. (Photo: iStock)

Austin rated an A+ for its nightlife, diversity, and health and fitness. It got an A for being good for families and for its public schools and commute, while jobs only rated an A-.

Weather was B+, outdoor activities won a B and real estate got a B-, while crime and safety got a C+ and the cost of living got a C. The unemployment rate is 5 percent, and homes will run you a median of $227,800 — while rent is a median $1,012; 55 percent of residents rent, while 45 percent own.

Our capital city has the highest unemployment rate of any in the top 10, at 7.5 percent, so bear that in mind when you consider moving here.

While the city rates an A+ for nightlife, diversity, outdoor activities, and health and fitness, and an A for the commute (assuming you don’t take the beltway, no doubt), it gets a B for weather, public schools, and being good for families.

Jobs only rate a B-; real estate rates a C and both the cost of living and crime and safety only get C-. Real estate, of course, is expensive; median home values are $454,500, which explains why only 42 percent own.

But with rents high, too, at $1,302, it’s tougher to see how the 58 percent who rent manage. You’ll need every bit of the only-slightly-above-national-average median household income of $69,235 to make it here.

Denver has consistently been ranked as a top destination for all generations, but millennials will love the easy access to outdoor activities and bevy of nightlife. (Photo: iStock)

Then it sank to B in the categories of jobs and good for families. B- followed for real estate and public schools, followed by a C for crime and safety and a C- for cost of living.

The feel is suburban, and the homes are pricey; average median values run $257,500, well above the national median. Rents are close to the median, at $913, and renting and owning are evenly divided. Gas and groceries will cost you more than elsewhere.

The Space Needle and Mount Rainier are two iconic images associated with Seattle, and thanks to its great scores in outdoor activities, health, nightlife, and diversity, millennials might become another city staple. (Photo: iStock)

Seattle gets an A+, with three individual A+ grades for outdoor activities, health and fitness, and nightlife. Diversity, public schools, and the commute all win As, while its good-for-families grade is a B+ and its job grade is a B. Weather just rates a B-, however.

Real estate and crime and safety just get Cs. Median home values are high, at $437,400, while rents outpace the national average but aren’t completely out of reach at $1,131; more people — 54 percent — rent than own (46 percent). But the cost of living gets a D+. Like Denver, both groceries and gas are more expensive, which will keep you reaching for your wallet all year long.

Minneapolis, situated on the Mississippi River and part of the the Twin Cities, is quickly becoming a millennial destination thanks to its low average rents and not-too-high home prices. (Photo: iStock)

Another A+ city, Minneapolis boasts three A+ ratings — for nightlife, health and fitness, and its commute. It drops to A for diversity and to A- for outdoor activities, and gets B+ for its public schools and being good for families. Jobs win a B.

Then it falls a level — but while it has C+ grades for cost of living, weather, and real estate and a C- for crime and safety, it has no D grades.

Nearly as many people own as rent — 51 percent to 49 percent — thanks to housing values, at $205,200, that are not terribly far above the national median. Median rents are actually below the national, at $854. You might want to watch out for the unemployment rate, which is a tad high at 6.5 percent and the highest thus far among the top 10 cities.

Are you a millennial looking to further your education? The University of Michigan is considered a public ivy, with its law school in the top 10 in the country. (Photo: iStock)

Ann Arbor gives a suburban feel, and gets an A+ for its efforts, with four A+ categories: public schools, nightlife, commute, and health and fitness. It gets an A for diversity and for being good for families, a B+ for jobs, and a B for crime and safety and outdoor activities.

Real estate is B-, with the median home value of $231,700 considerably closer to the national median of $176,700 and the median rent, at $1,042, quite close to the median of $904. So 46 percent of people own their own homes — nearly half — while 54 percent rent. It loses points, though, on weather, at C+, and cost of living, at C-; property taxes are high and groceries and gas aren’t tremendous bargains. 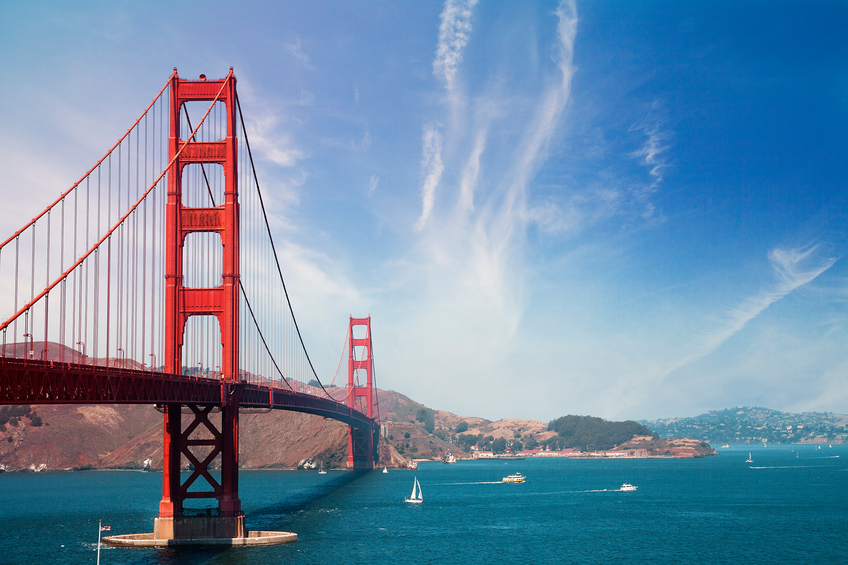 The city by the bay got an A+, as might be expected if you listen to Journey, and actually won five A+ grades: nightlife, diversity, outdoor activities, weather, and health and fitness. It got an A for the commute and an A- for its public schools, while its jobs and good-for-families categories only rated a B.

Where it falls in the rankings is in the areas of real estate and crime and safety — both got Cs — and cost of living, which came in at D-. But you knew California was going to be expensive, right?

Old Town Alexandria, within Alexandria’s borders, isn’t far from No. 9 Washington, D.C. (only about six miles south), but its historical feel and waterfront living can make millennials feel like the bustling city is nowhere near. (Photo: iStock)

Alexandria won four A+ grades, for diversity, nightlife, outdoor activities and health and fitness. Its public schools got an A, as did its good-for-families ranking; jobs got a B+, weather a B and both real estate and crime and safety a B-.

Not so impressive was its grade for cost of living, which came in at a D+. Median home values are $494,400, while median rents are $1,520, and 57 percent of residents rent compared with 43 percent who own. And median household income is $87,319, compared with a national median of $53,046. So be prepared to spend a lot of that income paying for your dwelling place.

Yet another city close to our nation’s capital, Arlington has all of the big city amenities, but if you’re looking to rent or buy a home, start saving now. (Photo: iStock)

Arlington’s A+ grade relied on four A+ considerations: public schools, good for families, health and fitness, and nightlife. It also got As for its commute and for outdoor activities, and an A- for diversity. Jobs ranked a little lower on the grade scale, at B+, while weather merited a B. 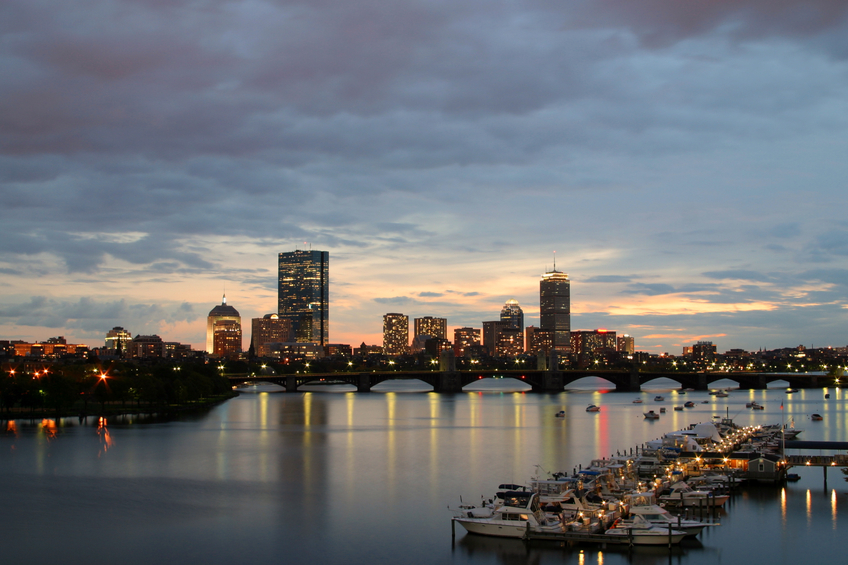 Cambridge, and its more-popular neighbor Boston, boast great opportunities for millennials with nearby access to plenty of higher learning institutions and bountiful American history. Still, it’s expensive, so keep that in mind when you consider making a move. (Photo: iStock)

Cambridge got an A+, scoring high for such factors as public schools, commuting, outdoor activities and nightlife, and only slightly lower for diversity, health and fitness, and being good for families. It got a B for jobs and for weather, and scored a B- for crime and safety — overall, not bad.

Another consideration, however, that millennials should be wary of is its grade for real estate — a very mediocre C+.

Keep those factors in mind, along with the city’s D for cost of living. If you’re going to Cambridge, bring money — or be prepared to work lots of hours.