John Mendez has been nominated by President Barack Obama to serve as the newest chairman of the board of the Securities Investor Protection Corp. (SIPC). Once confirmed, the new SIPC chairman will succeed Acting Chairwoman Sharon Bowen, who stepped down in June.

Mendez is a partner practicing in the New York and Los Angeles offices of Latham & Watkins. He has also worked at such firms as Skadden Arps and White & Case.

Venable LLP has announced that Daris Meeks joined the firm’s legislative and financial Services practices as a partner in the Washington, D.C., office.

Meeks, previously at Squire Patton Boggs, was formerly senior advisor to Jeb Hensarling, R-Texas, House Financial Services Committee chairman. He was also appointed by President George W. Bush to serve as counsel to the chairman of the Federal Housing Finance Board. He began his government service as committee counsel to the Senate Banking Committee.

Pioneer Investments announced that Craig Anzlovar has joined as fixed income client portfolio manager. He will be based in Boston.

Previously, Anzlovar was at Fidelity Investments, where he was most recently a fixed income institutional portfolio manager and a member of the firm’s liability-driven investing (LDI) strategy team. Prior to that he was an investment director at Fidelity.

Mallon to Retire from AIG

Barclays has announced that Josh Crossman and Ginny Neal have joined as directors and investment representatives for wealth and investment management. They will report to John Cregan, regional manager for Palm Beach, and be based in the Palm Beach office.

Crossman joins with 19 years of experience. Most recently he was a vice president at JPMorgan Chase & Co. Before joining JPMorgan in 2010, he was the chief investment officer at Frontline Management AS. He began his career at Bear, Stearns & Co. in 1995.

Neal, with 15 years of financial and legal experience, joins from JP Morgan Chase & Co., where she was a senior private banker. Before joining JP Morgan in 2010, she was general counsel for GenSpring Family Offices LLC. She began her career at Greenberg Traurig P.A. in 1999.

A French national and former investment and commercial banker, Nijdam spent more than a dozen years as a senior executive at a number of large French banks in France and in the U.S. In the early 1990s, he crossed to the investor side as a financial analyst, most recently working as a banking sector analyst for independent pan-European equity research firm AlphaValue, based in Paris.

The Financial Services Institute elected a new Board chairman, three new directors for its Board for 2015. The Board also elevated two of its directors to new leadership positions. The FSI Board stands at 16 directors.

Financial design and advisory firm SignatureFD has announced that Elizabeth Snyder has joined as a principal.

Prior to joining, Snyder worked for several wealth management and family office firms, including GenSpring Family Offices and Wilmington Trust.

The Financial Industry Regulatory Authority (FINRA) has named two new public governors, Joshua Levine and Robert Scully, to its board of governors.

Levine is currently a managing director of Kita Capital Management. Earlier in his career, he served as chief technology and operations officer at E*Trade.

Scully serves as an independent director on several boards, including Kohlberg Kravis Roberts & Co. L.P. and Zoetis Inc., and as a director of Ally Credit Canada Ltd. He served in several senior positions at Morgan Stanley from 1996 through 2007.

The CFP Board has elected five new members to serve four-year terms on the board of directors for Certified Financial Planner Board of Standards, Inc., beginning Jan. 1.

Jeffrey Farrar is first vice president – wealth management and wealth advisor at the FDG Group, a team working with UBS advisory company in Stamford, Connecticut. He retired as a commander in the Coast Guard, having served for twenty years. Currently, he serves on PIMCO’s Retirement Advisory Board and for FINRA as an industry arbitrator.

Charles Fitzgerald, III is a principal and founding member of Moisand Fitzgerald Tamayo LLC in Orlando, Florida. He has over 30 years of experience in financial services.

Peggy Ruhlin is the CEO of Budros, Ruhlin & Roe Inc.

Richard Salmen is manager of financial planning services at BOK Financial in Overland Park, Kansas. He also served as a captain in the U.S. Army Reserves and worked as an air traffic control specialist for 25 years until retiring in 2013.

Neal Solomon is managing director, CCO and financial planner/IAR at WealthPro LLC. He has worked in the fields of finance, investments, insurance, managing retirement and pension plans and professional financial planning for more than three decades.

MFA Capital Advisors announced that Colleen Zeigler has joined the firm as vice president of analytics and trading.

Ziegler brings fourteen years of experience with global investment company Invesco, where most recently she held the position of senior analyst.

Pensionmark Retirement Group has added a second office in Houston, Texas with the affiliation of Kainos Partners with its advisor support program.

Check out Morgan Stanley Payouts in ’15: Will a Boost in Deferred Comp Hurt Reps? on ThinkAdvisor.

In effect, its proposal would replace the “exclusive” model with a decentralized model of “competing consolidators.” 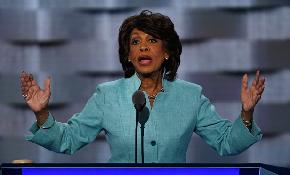