Why Smith & Wesson is not a great long-term care plan.

I think a lot of people avoid talking about long-term care planning because they don’t want to get into a fight with more tender-hearted people about aggressive “end of life management.”

Of course, some people are completely, utterly morally opposed to giving up on any practical effort to extend life, let alone to active efforts to end life.

Many more people are alarmed by the idea that you could tick off your loved ones, and that your no-longer-so-loving relatives could use unwanted “assisted suicide” as a way to bump you off.

But I think there are many people who view suicide as the most practical strategy for dealing with disability at the end of life.

It hit me Saturday as I was watching “The Hunger Games: Catching Fire” that one practical problem with that strategy is that most people have friends, or relatives, or friends and relatives who like them and want them to live.

I don’t want to spoil the movie, but one character in both the first movie, “The Hunger Games,” and the new sequel needs long-term care because of a mental and nervous disorder.

They barely have enough to eat, and they have many easy ways to make a death look like an accident, but they keep going, and they keep the relative who needs care going, because that’s what people generally do.

There are hundreds of millions of people in the real world who are in roughly the same financial condition as the characters in “The Hunger Games,” and they, too, generally keep relatives who have problems with the activities of daily living going.

The only decent response to thinking about that kind of sense of duty is for us to plan for the future as well as we can, to avoid letting our own heedlessness lead to us imposing on other people who are so thoughtful.

The execs talk to ThinkAdvisor about the firm’s new AI-enhanced voice technology and the popularity of its Advisor Portfolio Connect platform.

What Customers Want to Know About Salespeople Before They Buy

Here are 12 questions you can use to prepare for action. 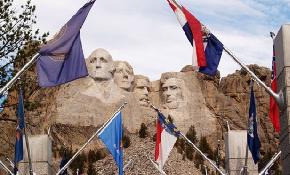 Maybe one thing the CDC could do would be to stop panicking the stock market....