Automatic spending cuts are starting to pinch nonprofits, and this could worsen unless Congress and the White House conclude a deal to reduce the deficit.

The budget impasse in Washington has begun to take a toll on some of the country’s charities, according to a recent report in The Chronicle of Philanthropy.

The Chronicle reported that automatic spending cuts are starting to pinch charities, and this could worsen unless Congress and the White House conclude a deal to reduce the budget deficit.

The cuts charities have faced up to now have been relatively small, but a few organizations have had to sharply reduce services.

The report said Head Start programs turned away tens of thousands of students this summer, and 70% of Meals on Wheels programs have cut the number of meals they serve.

The budget problems stem from a compromise agreement in 2011 that imposes automatic spending cuts equally on defense and domestic budgets whenever Congress fails to meet spending reduction targets.

Nonprofit officials worry about the cumulative effect of program cuts, which happen gradually and cover hundreds of government programs and nonprofits that receive federal funds.

The Chronicle said annual cuts would remain in place through fiscal 2021, totaling nearly $1 trillion, unless Congress decides otherwise. That, in turn, would significantly influence nonprofits’ future thinking and future planning.

Everyone in the nonprofit sector expects budget disagreements in Washington to drag on. Charities are not alone in their pessimism.

The resulting uncertainty has forced nonprofits into a “wicked no-man’s land,” Tim Delaney, president of the National Council of Nonprofits, told The Chronicle.

Delaney said charities have two unattractive options: make cuts now and start rationing services in the expectation the cuts will be permanent, or continue to provide services and hope Congress comes to its senses.

Nonprofits are coping in various ways, The Chronicle reported. Some that are dependent on government funding are filling gaps by seeking contributions from foundations, corporations and individuals.

An Arizona group that directs needy people to social services lost aid from three big cities earlier this year. The group now plans to ask the Legislature to impose a one-cent surcharge on Arizonans’ telephone bills, which would raise $1.5 million to keep the program in operation statewide.

Check out Government Shutdown Wars Return: 5 Reasons This Time Is Worse on ThinkAdvisor.

3 Ways Advisors Can Help Those in Need From COVID-19

On Giving Tuesday Now, May 5, and afterwards, those in financial services can make a difference in their local communities.

Half of Donors Say They’ll Give More Carefully This Year: Poll

A poll examines how donors plan to adjust their charitable giving amid the pandemic. 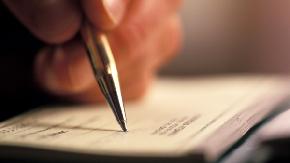