When it comes to currency funds, a little id goes a long way.

To err is human, which is why we have quants, as anyone from the University of Chicago will readily attest.

The president and chief investment officer of Palo Alto, Calif.-based Merk Investments notes that quant strategies are great, until policymakers “change the rules.” It’s a risk that plays particular havoc in the currency space.

Which is the reason he’s introduced an active, human element into the Merk Absolute Return Currency Fund (MABFX).

It’s done in a systematic manner, Merk is quick to note, and all of the fund’s risk layers are still quant driven, “it’s just that the models have been demoted.”

“We used to take a common sense look at the models and if we all felt okay with them we’d go with it,” he translates. “Now, if someone has an idea we feel will perform better than the model given what the risk profile would otherwise be, we will do it.”

“We used to trade monthly, now it’s weekly and even intraday. We have markets that now flip on a dime, depending on whether it’s risk on or risk off. We said to ourselves, ‘why wait two weeks to react?’”

He further explains that the fund projects the choices made with the firm’s Hard Currency Fund (MERKX) on a trade-weighted basis into the absolute return fund, which are then unconstrained.

“We make a projection from directional to non-directional.”

So is the new strategy delivering?

The currency space, he concludes, appears to be well suited for such active management, as “non-profit-maximizing participants,” such as corporate hedgers, central banks or travelers can create exploitable market inefficiencies.

July Jobs Report Satisfies Everyone & No One 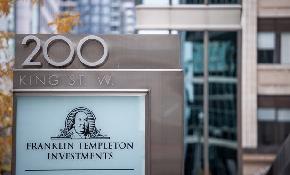