Wells Fargo Advisors (WFC) said early Friday that it had recruited nine financial advisors from Morgan Stanley (MS), Merrill Lynch (BAC) and RBC Capital Markets over the past six weeks with a total of nearly $1.12 billion in client assets under management at their prior broker-dealers.

This follows Raymond James’ (RJF) announcement on Wednesday that a Morgan Stanley advisor had joined its traditional, employee channel with about $435 million in client assets and more than $1 million in annual fees and commissions.

On Thursday, LPL Financial (LPLA)-affiliated U.S. Wealth Management said it had tapped a new executive who previously was with Pershing Advisor Solutions to lead its recruitment of independent advisor practices.

The team of Peter Vrooman and Jonathan Sarver are now with Wells Fargo in Kansas City, Mo., after departing from RBC Capital Markets. Their total industry experience is 31 years, while their combined client assets are $125 million.

“We are delighted to have been able to attract such an experienced, successful advisor as Cindy to our Columbus branch,” said branch manager John Martin, in a press release. “She has a phenomenal reputation and exemplifies a deep caring for her clients and their interests, which is totally in line with Raymond James’ values and culture.”

Jones joined the business in 1981 at Robinson-Humphrey and remained with the organization through several mergers and acquisitions. The advisor has managed more than $435 million in client assets and had more than $1 million  in yearly production.

“I chose to join Raymond James because it reminded me of an earlier time in my career, when my firm offered the combination of a client-first focus, a collegial family atmosphere and the highest quality technology and operations support,” she said in a statement. “Since I’ve been at Raymond James, every day has brought a new and wonderful discovery: from the great client statements, to the first-class technology and the friendly staff … to the point where I am ecstatic about my decision to join.”

U.S. Wealth Management, an independent network of advisors and hybrid RIAs affiliated with LPL, named Christian Widen its managing director and head of corporate development on Tuesday. Widen, who will be based in New York and report to CEO John Napolitano, is set to lead the group’s recruiting efforts that focus on independent advisors with $50 million to $100 million in AUM and who are in need of turnkey asset management capabilities, office support, practice management, marketing support, business coaching and succession planning.

The firm says it should reach at least $1 billion in total advisory/brokerage recruited AUM by the middle of 2014.

Widen has been in the business for 16 years and most recently served as a director at Pershing Advisor Solutions. He also worked for RBC Advisor Services, J.P. Morgan and Fidelity Institutional Wealth Services, and was a branch manager with U.S. Wealth Management’s offices in the greater Boston area.

“We are delighted to welcome Christian back to our firm after his 13 years of building and leading winning advisor recruiting and sales support strategies across top platforms in the industry,” said Napolitano in a news release.

“Christian’s decision to rejoin us validates both our robust growth over the years, as well as the enormous progress we have made in building a platform that combines all of the elements the independent advisor requires in today’s fast-changing marketplace to build a successful practice,” the CEO said. “His unparalleled industry expertise makes him an ideal fit with U.S. Wealth Management as we initiate a new chapter of continued growth for our firm.”

For his part, Widen says he is glad to be back: “I am very excited to bring my 16-year career within the broker-dealer and custodial industry full circle as I rejoin a team that has the right vision, the right resources and the right plan for building the top network of independent financial advisors in the country.”

U.S. Wealth Management includes more than 30 affiliated advisors and more than $600 million in client assets. In addition to LPL, it has relationships with several other top custodial firms, such as TD Ameritrade (AMTD) and Charles Schwab (SCHW). 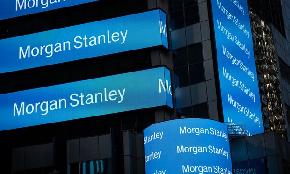