Noncash giving in particular has surged since 2007, according to a new report from the Committee Encouraging Corporate Philanthropy.

Large companies increased both cash and noncash giving since 2007, with a higher percentage of noncash contributions in 2012 defining the post-recession giving era, according to a report from the Committee Encouraging Corporate Philanthropy released Tuesday.

CECP analyzed survey responses from 240 companies whose median revenues were $30 billion in 2012. The survey was conducted in association with The Conference Board.

The report showed that total giving increased for 59% of companies from 2007 to 2012, with 38% of all companies increasing their giving by 25% or more.

“Noncash giving is defining the new corporate societal engagement,” CECP’s CEO, Daryl Brewster, said in a statement. “This has major implications for NGOs all over the world.”

The report said that since 2007, the percentage of companies offering paid-release time volunteer programs increased from 53% to 70%.

Higher education and K–12 schools combined commanded the largest share (29%) of the typical company’s programmatic allocation. Health and social services programs remained a top focus area across all sectors, with 28% of the allocation in 2012.

Companies that decreased giving from 2007 to 2012 often reported declining profits as a main reason for reduced contributions. They also cited companywide cost reductions, the return to prior giving levels following a one-time significant gift in the previous year and corporate spinoffs. 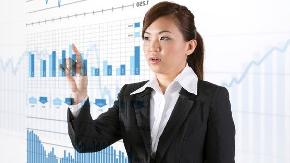 5 Ways to Turn Your Strategic Plan Into Action

How you set up and execute your advisory firm's goals could make or break your business.