Fees and commissions drop slightly in October from the prior month, but rise year over year thanks to the Morgan Keegan deal and other factors

Raymond James Financial (RJF) said Wednesday its fees and commissions fell slightly in October from the previous month. Total production of its 6,300-plus advisors, though, was up substantially over October 2011, largely due to the integration of the acquired Morgan Keegan reps, it noted.

“October showed reasonably good metrics in light of a tepid market, which was additionally impacted by Hurricane Sandy and the resultant loss of two trading days,” said CEO Paul Reilly (left), in a press release.

Securities commissions were $244.2 million: down 2.8% in October from September, but up about 46% from the year-ago period. October 2012 commission volume, the company says, was affected by a small decrease in the results of its Private Client Group and by a “more significant decline” in the Capital Markets segment.

Asset levels, however, “remained strong” despite the fact that the S&P 500 index was down 2% in October, the company says. Total client assets under management actually declined 0.07% in October vs. September to $387.7 billion; client AUM was up about 43% from last year.

Assets under management were $42.6 billion, down 0.5% over the previous month and up 22% over last October.

“We continue to be pleased with both the retention levels and meeting our internal deadlines with regard to the Morgan Keegan acquisition,” added Reilly. “The firm is well positioned to continue to grow and prosper. However, the uncertainty in the global markets and the upcoming fiscal cliff make the near term outlook hard to predict.” 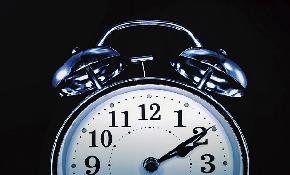