Vanguard was among the surprises of 37 winners in a new program to help advisors pick the best ETFs for their portfolios.

In an effort to help investors find the best exchange-traded funds and notes, Morningstar has announced the winners of a new awards program for U.S. ETFs and ETNs as well as ETF providers.

The 37 winners, named at the Morningstar ETF Invest 2012 conference in Chicago on Thursday, were chosen from among a pool of 400 ETFs. The annual awards, based on data as of June 30, recognize category winners for retail and institutional investing objectives based on performance and cost along with a track record of at least three years.

The awards are a first for the ETF industry, and winners will be recognized on the Morningstar web platform’s quotes pages where investors can easily see them, according to Paul Justice, Morningstar’s director of research for passive funds, North America. ETF providers were not aware before the Thursday announcement that Morningstar was introducing an awards program, he said.

“Certainly, investors are looking at the ETF space, and it’s difficult to distinguish funds on a more granular level,” Justice said at a press conference. “These ETF awards will bring out the top performing funds.”

ETF analyst Mike Rawson said Morningstar analysts were pleased with the results of their quantitative process in picking the winners because the results followed their intuitions—and to be sure, there were some surprise winners. For example, Vanguard’s Total Stock Market ETF (VTI) won the retail award in the Large Blend category, even though many investors might have expected SPDR S&P 500 (SPY) to have snagged the top honor. (SPY did win the institutional award in the category.)

Rawson said at the press conference that in the Large Blend category, if retail investors were to have only one ETF in their portfolio, he would recommend Vanguard’s VTI over SPDR’s SPY.

“VTI is the quintessential ETF,” Rawson wrote in a comment for Morningstar. “It holds virtually the entire U.S. stock market for the incredibly low cost of just 0.06%. In fact, over the one-year period ended June 30, 2012, VTI underperformed its index by only 0.03%, costing investors even less than its stated expense ratio, while providing adequate liquidity and tight tracking to its index. However, it trades only about 1.9 million shares (or $140 million in value) per day, making it less suited for institutional investing relative to SPY.”

The best ETF providers in five U.S. asset classes were as follows:

The new Morningstar Awards for ETFs and ETF providers consider the total cost of ETF ownership, based on an ETF’s estimated holding cost, tracking volatility, and market impact cost; the ability of the ETF to track its index; and risk-adjusted returns. 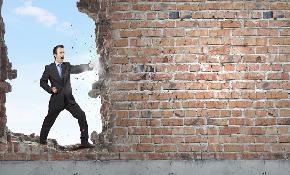