A survey revealed that new complaints ranged from bedbugs to Internet penny auctions, gold buying companies and the use of prepaid card products to bilk consumers out of their hard-earned funds.

While some repeat offenders headed the list of complaints made to state and local consumer protection agencies, real estate issues made the list for the first time. In addition, changing times have brought some changing methods—as well as increases in some forms of fraud.

A survey by the Consumer Federation of America (CFA) and the North American Consumer Protection Investigators (NACPI) revealed that new complaints ranged from bedbugs to Internet penny auctions, gold buying companies and the use of prepaid card products to bilk consumers out of their hard-earned funds. But most of the biggest consumer headaches still came from familiar culprits.

Here are the top 10 complaint categories lodged by consumers in 2011:

Whether the new furniture never came or you’ve just been interrupted by a telemarketer for the 50th time during dinner, you’ve probably been subject to one of the problems associated with these two categories, which tied for tenth place.

One example cited was that of a unit that originally sold for $189,000, but before the owner could get any money back, the unit had to be resold. However, the adult community upped the price to $399,000, making it nearly impossible for the owner to find another buyer and recoup any funds.

While Publishers Clearing House may still ring your bell, so will less scrupulous individuals promising you the moon.

Among these scams are bogus sweepstakes and lotteries, work-at-home schemes, grant offers, fake check scams and the “grandparent scam”—in which someone reporting to be a friend or relative sends an e-mail claiming to be stranded in Europe (or Canada, or some other remote location) and in dire need of funds; grandparents (and others, too) usually send the money without question.

Another tie for seventh place pits Internet sales against landlord/tenant issues. In the former case, the most common scams are misrepresentations or other deceptive practices and failure to deliver online purchases—like that collector’s edition Spiderman comic you bought on eBay from a seller with a zero rating.

In the landlord-vs.-tenant category, there are unhealthy or unsafe conditions, failures to make repairs or provide promised amenities, deposit and rent disputes and illegal eviction tactics.

Misrepresentations, shoddy work, failure to have required licenses and failure to perform all fall into this category, which also included the case of a dentist who shut his practice and never told his patients. They were left without access to their dental records or to dentures and other dental products they’d already paid for. Some patients had also paid for work that hadn’t yet been done.

Service problems or billing disputes with phone, cable, satellite, Internet, electric and gas service are among the many problems reported by angry consumers in 2011.

In one instance, consumers who filled up at several different gas stations ended up with damaged cars after buying gasoline that came from a contaminated tank at a gas terminal. Once the problem was traced to its source, some 385 consumers were reimbursed for repairs to their cars at an average of $1,200 per vehicle.

If you found that black stuff you paid to have spread on your driveway wasn’t asphalt after all, or if the roof leaked after it was “fixed”—or if the company that was supposed to install new windows never came back after they removed all the old ones, you’d be screaming about this category. Shoddy work and failure to start or complete the job were the most common complaints.

In a tough economy, it’s only natural to expect issues relating to billing and fee disputes, mortgage modifications and mortgage-related fraud, credit repair, debt relief services, predatory lending and illegal or abusive debt collection tactics. They were #2 on 2010’s list as well.

Cars led the list, just as they did in 2010. Drivers went to consumer agencies for help with everything from misrepresentations in advertising or sales of new and used cars to lemons, faulty repairs and leasing and towing disputes. 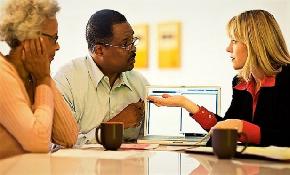 Advisors’ Advice: What Does the Secure Act Really Mean for Clients?

We asked advisors to give us their take on the Secure Act. Here are 15 of the responses.