United Capitals media expertise is set to grow along with its assets under advisement with the addition of the radio host whose show appears on NPR.

The advisory firm of certified financial planner Steven Pomeranz, host of the radio show “On the Money,” which appears on NPR, has been acquired by private wealth counseling firm United Capital Financial Advisers, the companies announced Wednesday.

Pomeranz, president of his firm, has been in the advisory industry since 1981 and opened his firm in 1996. As the creator and host of “On the Money! with Steve Pomeranz,” he appears on stations including WPBI and WLRN, public radio affiliates for South Florida and in four other states.

“Not since the mid-’90s have I been this excited about my firm’s growth potential and our opportunity to help investors. United Capital is changing our industry and they reflect what I believe to be the direction the advisory space is going, not where it has been,” Pomeranz said in a statement. “My firm and radio program are now able to take advantage of everything United Capital can provide. Its approach to working with clients and managing a business were two solutions I have been seeking for my practice.”

Pomeranz will continue with his weekly regional radio show that began in August 2001. The program will include feature segments about United Capital’s proprietary systems Honest Conversations and the Money Mind Analyzer. An advertising campaign will launch in some markets around the country before a planned national rollout of the radio show.

“Steve’s radio show allows us to create an additional growth strategy for our firms around the country. said Jason Del Col, senior vice president of advisory services, in a statement. “We believe this partnership represents a massive opportunity to take what Steve has built and combine it with United Capital’s offering for a national program.”

Read about how advisors can broaden their markets with radio and TV at AdvisorOne.

7 Ways Buyers Can Stand Out Now

In a seller’s market for advisory firms, it pays to separate yourself from the crowd. 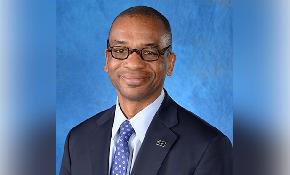 Advisors Speak Out on How the Industry Can Increase Diversity