A town-hall-style meeting with FPA’s leadership on Sunday in Scottsdale, Ariz. produced two interesting announcements, namely, the organization’s CEO and executive director Marv Tuttle will retire in mid-2014, and AdvisorOne contributor Michael Kitces will join the staff of the Journal for Financial Planning as practitioner editor.

The meeting featured comments from, and questions and answers with, Paul Auslander, the president; Marty Kurtz, the  chairman; Michael Branham, the president-elect; and Tuttle.

Auslander began by noting the association has existed for 12 years, and much of the first decade was spent integrating the two organizations from which it was formed; the Institute of Certified Financial Planners (ICFP) and the International Association for Financial Planning (IAFP), into a common mission.

“We now are well into our second decade, and as such, have a second-decade strategy, which is what happens when an organization begins to mature,” Auslander said.

He noted the organizational review recently undertaken by the association, which was done in order to “ensure the values of the board and leadership are aligned with those of our members.”

He said the results that came from the review included:

Tuttle then took over, and described the recently released “long-term strategic vision” of the association, one that involves four key areas of focus: membership, organization, profession and society.

“States will become more and more important to our mission,” he said. “It will result in better coordination of advocacy between state chapters and the overall organization.”

Tuttle then announced that the FPA is developing a succession plan for his planned retirement in 2014.

“I’d like to continue with the organization, but from the outside looking in, rather than from the inside looking out,” he added.

Tuttle also said the well-known speaker, author and advisor Michael Kitces (left) will join the staff of the Journal of Financial Planning as a contributing editor.

“Michael will help us with the overall direction of the publication, specifically with practitioner issues,” Tuttle said.

Kurtz mentioned FPA Connect, the association’s web and social media presence, noting it has 24 nationally relevant communities, and that the Women in Finance community has 400 members and is “by far the most successful out of the gate.”

Branham then concluded the prepared remarks by speaking to the future of the profession in two areas: those who represent the future and the regulators that will affect the future.

“The first began with a trip to various CFP programs in universities,” Branham said. “We wanted to know how they work and how students view their role. The future of the profession is bright, and we as an organization have an opportunity to bridge the profession with the academic world.”

From an advocacy standpoint, he noted the new president elected over the weekend in France reminds us of our own upcoming election and the change that it could potentially bring.

“We are pushing the SEC to adopt a uniform fiduciary standard,” he said. “It’s a slow process and politics are involved, but there is reason for optimism and we’re at the precipice with the fiduciary issue.”

He closed by noting that the “most immediate issue is oversight and a potential SRO.

The latest satisfaction survey of more than 3,200 advisors is based on a new set of factors, including professional development and technology.

An Aite study found there was a revenue opportunity of $3 billion to $4 billion for subscription-based services. 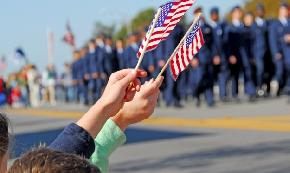