Sales of asset-based long-term care insurance increased by nearly 20% and the number of covered lives increased 13.5%, according to an annual study of new policy sales.

“We expect the sale of asset-based or linked LTC products will continue to grow as they offer some highly attractive benefits to a category of buyers looking to protect their retirement savings,” says AALTCI Director Jesse Slome in a prepared statement.  “The growth of sales will only continue as more large players enter the marketplace.”

The study finds that more than half (53%) of male buyers of LTC policies were under age 65.  In the prior year’s study, only 48% were under age 65.  The percentage of women buyers under age 65 also increased to 50% from 44% in the prior year. For 2011, the Association study found that the initial single premium face amount of policies purchased was $100,000 or greater for nearly three-quarters (73%) of new policies.  In addition, nearly (96%) of new Life+LTC policies issued did not include a benefit increase option that bumped up available benefits to keep pace with inflationary growth of costs.

By comparison, the Association’s study of traditional individual long-term care insurance policy sales found that in 2011 some 96% included a growth option.

This story originally appeared on our sister site LifeHealthPro.

Those with more assets plan to use financial advisors for help, a TD Ameritrade survey finds. 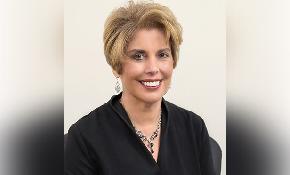