This is an expanded profile of one of Investment Advisor-Prima Capital’s 8th annual Separately Managed Account Managers of the Year. View the complete article with all the winners here.
Read about the process of choosing this year’s winners here.

Sure, behavioral economics is a fascinating subject in the abstract; something routinely discussed at conferences and featured in magazine articles. It’s even broken through in pop culture as the underlying concept driving Billy Beane, Brad Pitt’s character in “Moneyball.” But how many advisory and money management firms actually employ Nobel Prize winner Daniel Kahneman’s prospect theory, mental accounting and the other tenets on a sustainable and repeatable basis in the models they’ve developed?

Denver-based BRC Investment Management does, and it’s a major reason they’ve taken the U.S. Large-Cap Equity award from Prima for 2012. It’s even in their name; BRC stands for Bounded Rationality Concepts, which the firm defines as “a modification of the theory of rational choice that takes into account the cognitive limitations of the decision maker—limitations of both knowledge and computational capacity.” In plainer English, it’s the reason we’re too often our own worst enemy, especially when it comes to investing.

“Our strategy is to monetize irrational behavior,” says John Riddle, BRC’s managing principal and chief investment officer. “In that respect, Kahneman and prospect theory are very important to us.”

So how do they do it?

“We can’t produce economic forecasts better than the average of the experts, so we play in a different sandbox,” Riddle explains. “We instead concentrate on what we think changes the expectations of investors and institutions by focusing on the behavior of security analysts.”

Security analysts are tasked with essentially predicting the unknowable, often far in advance, he says. By the very fact that they are human, they tend to rely on things that make them feel good and validate the calls they’ve made, which often results in a herd mentality when raising and lowering earnings outlooks. This, according to Riddle, is much easier for his firm to anticipate and capitalize on then the vagaries of the global economy.

“We’ve developed proprietary models of behavior that include raw data that is publically available,” he adds. “Everything we do is in-house; we don’t use any outside research services. We rank the beta each night and plug the information into our models.”

Riddle, along with Sharon Ward, Mark Jaeger and David DuRie, were “lifted out” of financial services and investment banking firm Duff & Phelps in 2005. BRC typically includes 30 to 35 stocks in the portfolio, “because our clients don’t need us to diversify away business risk, they need us to find alpha at understandable and sustainable levels of risk.”

The firm looks at the tail of a particular industry universe. It then takes a group of stocks in that tail and turns it over to Ward, Eric Butler and Susan Zeeb on its fundamental team. Using the skills of that fundamental team, it can identify what companies in that tail will behave most consistently with its proprietary models. And there is a valuation play; all else being equal, Riddle says the firm would rather buy companies that are cheap as opposed to expensive.

“We don’t make big sector bets,” he concludes. “Our success comes from the stock selection effect. We want to take a concentrated risk on things we understand, which is analyst behavior.”

AdvisorOne readers can learn more about Prima Capital’s PrimaGuide Plus at this address, and can sign up for a free trial of the service.

On April 11, Prima Capital’s research team will be hosting a 30-minute free Web seminar for advisors covering the key elements of performance attribution and manager portfolio positioning in the equity, fixed income and alternative areas of the market for the first quarter.

Read about the Prima Capital/Investment Advisor 2011 SMA Managers of the Year. 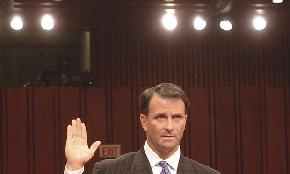