Asia's New Millionaires Invest in Art, Wine and Other Alternatives

Asia's new millionaires are drawn to 'investments of passion' like art and wine.

Asian millionaire collectors are pouring their new-found wealth into “investments of passion,” seeking out alternatives for their portfolios that feed their aesthetic senses as well as their bottom lines. That drive has brought investments in art into the mainstream, according to one art collector and historian whose own passion for art appears to be part of an Asian trend.

Reuters reported that Kai-Yin Lo, a Cambridge-educated Hong Kong writer and collector, is just one of many in Asia whose investments in art have paid off in a big way. Lo was quoted saying, “These days art investment has entered into the mainstream of investment, especially for younger people. You cannot divorce love of the piece from what lies behind, the value of it.”

The booming art market seems to agree, with the Hong Kong auction market turnover, largely administered by Sotheby’s and Christie’s, soaring 300% just from 2009 to 2010, as Chinese millionaires scooped up art of all types. According to Patti Wong, chairman of Sothebys Asia, “Hong Kong has became the sales center of the world.” Its revenues are now comparable to New York and London.

One might not think that art was the most prudent of investments, given its highly personal aspects and lack of liquidity, but despite hitting a bump in the road in the wake of the Lehman collapse in 2008, it seems to have more than hit its stride as millionaires multiply.

In the latest Capgemini/Merrill Lynch annual World Wealth report, wealth management and private banking are gems in an otherwise struggling banking climate, catering to some 3.3 million high-net-worth individuals with a combined wealth of $10.7 trillion, more than the $10.2 trillion held by Europe’s millionaires. Said the report, “The exponential growth in the number of emerging market [millionaires] … is expanding the global market for investments of passion.”

Art isn’t the only “passion investment” sought out by these newly minted millionaires. Fine wines, stamps, and gemstones are also in high demand, with a Chinese stamp auction in September bringing in $12.6 million in a four-day period, a December wine auction garnering $9 million and with China looking to become the top diamond buyer in the world. In Hong Kong, a jewelry retailer was able to raise $2 billion for expansion in one of the biggest IPOs of the year.

Jon Reade of the Art Futures Group, a Hong Kong-based art investment firm, commented in the report, “It’s not the old days of ‘safe as houses’, put your money in the bank and that will sort you out. Those are the days probably of my parents’ generation … people are getting more creative with their money.” 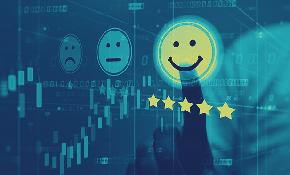