The IRS has dropped the second shoe; giving taxpayers guidance through the complex procedural machinations they must follow to avoid the 2010 estate tax.

The IRS has dropped the second shoe; giving taxpayers guidance through the complex procedural machinations they must follow to avoid the 2010 estate tax.

The IRS released two pieces of guidance for estates of 2010 decedents. Today we discuss the one of the components, Revenue Procedure 2011-41, which provides a safe-harbor for executors of estates of 2010 decedents and beneficiaries of those estates. If the safe-harbor procedure is followed and the executor doesn’t take a contradictory position on a return, the IRS will not challenge the election against the estate tax or the basis allocations made by the executor.

Estates of decedents dying in 2010 have the option of electing not to be subject to the estate tax; but if the executor makes that election, beneficiaries will not receive the benefit of the stepped-up basis rules. Instead, property received under this regime will take the decedent’s basis in the property.

An executor makes the “Section 1022” election under the procedure outlined in Notice 2011-66. Section 1022 specifies how basis is allocated to property received by beneficiaries of 2010 estate that elects against the estate tax. When an executor makes a Section 1022 election, property transferred to beneficiaries is treated as if it was gifted to the beneficiaries. As a result, carry-over basis rules apply instead of the stepped-up basis rules that are applicable to estates that are subject to the estate tax.

It is important to note that Section 1022 applies only to “property received from a decedent,” meaning “property acquired by bequest, devise, or inheritance, or by the decedent’s estate from the decedent.” It doesn’t include, for example, an interest in a qualified terminable interest property (QTIP) trust.

FMV under the Revenue Procedure and Section 1022 means the same thing as it does under the general estate tax provisions of the code, so general estate tax valuation principles will apply to the property. Also, the holding period of property acquired from a decedent and to which Section 1022 is applicable includes the decedent’s holding period plus the holding period of the beneficiary. And other tax attributes of the property in the hands of the decedent also pass to beneficiaries (e.g. capital gains status or 1245 status).

The 200+ page Revenue Procedure gives numerous examples and includes in-depth procedures that are applicable to specific situations and types of property. It became Aug. 29, but the IRS is allowing taxpayers to apply the procedure to prior periods. 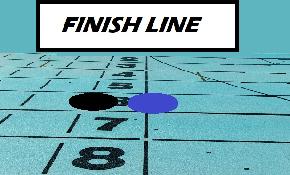