It was with a certain amount of sadness that I heard that Tom DeLay had bid adieu to “Dancing with the Stars,” the wildly popular ...

It was with a certain amount of sadness that I heard that Tom DeLay had bid adieu to “Dancing with the Stars,” the wildly popular TV show.  In an era of massive political corruption, we need as many examples as possible of how the mighty have fallen.  And he was a gem.

The ex-Majority Leader is apparently waiting to find out whether he will be indicted for assorted (let’s be kind) indiscretions, but that did not stop him from disporting himself in rhinestones and red stripes.  Apparently he was quite the dancer in his college years and that skill set was never lost.

We’ll never have the chance now to find out whether he would have emerged the winner.  DeLay had to bow out due to stress fractures in both feet.  Despite his never-say-die spirit, it just got to be too painful to continue applying himself to the requisite cha-chas and sambas.

When I first heard he was a contestant on the show, I silently sent him the time-honored message to those going on stage, “Break a leg, Tom.”

7 Things to Know About Jackson Moving Out of Its U.K. Parent's House

Prudential PLC says it hopes to sell some Jackson stock to the public in 2021. 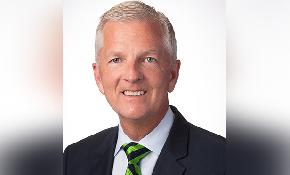 Kalbaugh, the head of National Sales and Consulting who has been with the firm since 2007, plans to step down March 31.