By Lewis Schiff | August 01, 2009 at 04:00 AM | The original version of this story was published on Investment Advisor

Since valuation is part science and part art, it's easy to fall into misconceptions of the valuation process. Two valuation experts recently identified common myths...

Since valuation is part science and part art, it’s easy to fall into misconceptions of the valuation process. Two valuation experts recently identified common myths that could lead to mismanagement of intangible assets and could also cause confusion with clients:

o Myth #1–Value is a well-defined and well-understood term. Value can refer to worth of an individual or company, asking price in the marketplace, actual transacted price, expected transaction price for a sale in the future, or estimate of worth based on a valuation.

o Myth #2–The value of an intangible asset is equal to the price someone is willing to pay. An asset can have greater worth to a particular purchaser than actual market value. Someone passionate about the unpublished writings of a particular author, for example, may pay far more than market value to acquire such an item. In the same way, a company may be willing to pay more than others if acquiring an asset that enhances the value of other assets they own, such as two related inventions having more market value together than separately.

o Myth #3–Value is equal to the cost of creating an item. The value of a patent, for example, is greatly influenced by how many ways it can be exploited in the marketplace, not the cost of R&D. Many years of development for a single purpose asset is less valuable, in general, than one with multiple applications that was created in less time.

o Myth #4–Each intangible should have only one official value. One purpose of hiring a valuation analyst is to help determine which method of calculating the asset value best serves the client’s circumstances and goals. Different methods produce different results.

o Myth #5–The balance sheet provides good information about the value of intangibles. An intangible asset may not be listed on a balance sheet or other summary of the client’s property. Also, the indicated value may be based on transaction cost or other method not the worth to the owner.

o Myth #6–Fair market value is a good construct for use with intangibles valuation. When dealing with unique intangibles with a small number of potential licensors or purchasers, the lack of similar items or transaction leaves little data to determine a reasonable fair market value.

o Myth #7–There should be only one accepted method for valuing intangibles. Gaining agreement among valuation professionals and the various business sectors on the correct factors and calculations for all intangible assets is unlikely.

o Myth #8–A current estimate of future price must equal the eventual transaction price in order to be considered accurate. Although it may be difficult for clients to accept, even a highly credible estimate of value based on a full range of factors may not match the best offer at the time of transaction. Market forces and the uniqueness of the intangible asset are just two reasons the valuation and transaction price may not match.

o Myth #9–Patents cannot be valued credibly because each one is unique. The lack of established prices doesn’t prevent a valuation expert from researching the circumstances to create a credible valuation.

She will be the first African American woman in the role. 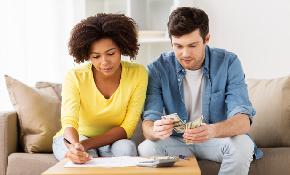 The vast majority of investors in a survey reported financial damage, but that's not the only lasting consequence they expect.