Fiduciary to the Forefront

To even the most casual observer, the need for a fiduciary standard that assures that any professional who provides financial and investment advice does so...

To even the most casual observer, the need for a fiduciary standard that assures that any professional who provides financial and investment advice does so in the best interests of the client has never been more apparent. To make sure that need is understood in Washington, groups representing professional associations, state regulators, and consumers are speaking out as a pair of recent actions show.

In the first instance, the Committee for the Fiduciary Standard announced on June 29 its campaign to support extending the authentic fiduciary standard to cover all advisors or brokers who give investment and financial advice, or who ‘hold themselves out’ as doing so. To show support for such a standard, the Committee is urging investors and financial industry professionals who agree with putting investors’ interests first to sign a petition registering that point of view and calling on Congress to put investors’ best interests first.

The Committee is also mounting a campaign to talk to the media about how and why the fiduciary standard requires advisors to adhere to five core principles, but above all to put the client’s best interests first, to provide full and fair disclosure of all important facts, to avoid conflicts of interest, and fully disclose unavoidable conflicts.

Committee member Kate McBride, editor in chief of Wealth Manager Web, said that “Investors typically assume that the investment advice they get is coming from a person who must put clients’ interests first, just like their doctor or lawyer or CPA must. This fiduciary issue is, for investors, perhaps the most important part of the Obama Administration’s June 17 plan for re-regulation.”

Leaders of seven organizations representing financial professionals, regulators, and investors sent a joint letter on July 14 to Reps. Barney Frank (D-Massachusetts) and Spencer Bachus (R-Alabama) of the House Committee on Financial Services, voicing support for the proposal in the Obama Administration’s White Paper on financial regulatory reform that would impose a fiduciary duty on anyone who provides investment advice to act in their clients’ best interests. The letter from the CFP Board, Consumer Federation of America, FPA, Fund Democracy, Investment Adviser Association, NAPFA, and the North American Securities Administrators Association noted that the legislation may fall short of reaching its stated goal unless revisions are made.

“It’s just common sense to raise the bar and embrace a fiduciary standard of care for all those who deliver financial advice,” said Marv Tuttle, FPA’s executive director and CEO. “It’s imperative that clients know that the financial advice they receive is in their best interest, regardless of whether it comes from an investment advisor or broker. We’re looking forward to working with Congress to make sure we achieve that goal, while eliminating the current regulatory gaps.”

The former broker was barred for falsely claiming investor funds would be used to fund a project for the pop singer, regulators said.

By not considering how "the world has changed" since '75, the SEC is "plucking out blocks from a Jenga tower," said a securities law professor. 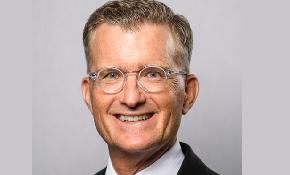 Human Capital: Drew Bowden Drills Down on ‘Lack of Consistency’ in Regs

In this episode, the former SEC exam chief now with Jackson National talks about Reg BI and his concerns with the patchwork of state rules.