The American dream of college is alive and well - but could slip beyond the reach of many families, according to the results of a recent nationwide survey released by New York-based OppenheimerFunds.

Ninety percent of 1,000 parents of pre-college age children surveyed say they view sending their kids to college as an essential part of the American dream — on a par with having a comfortable retirement or owning your own home.

Slightly more than eight of 10 (81 percent) say that sending their kids to college is an achievable goal, more than half of parents at least somewhat agreed that college is not as achievable today as it once was, and six in 10 strongly believe that if tuition costs keep skyrocketing, college will be unaffordable for most families.

“Despite rising costs, diminished financial resources and the toughest economic climate in decades, the dream of college strongly endures for American families,” explains Donna Winn, president and CEO, OFI Private Investments Inc. “At the same time, good intentions won’t be enough,” she says. “In far too many families, there’s a disconnect between college hopes and financial realities.”

The survey reveals that while many parents are reluctant to take on college debt, college savings are well below projected costs. Many parents also assume that scholarship money will pay for a large part of their kids’ college costs.

“Saving for college is one of the biggest financial challenges any family can take on,” Winn adds. “”At OppenheimerFunds, we take very seriously our responsibility to help parents plan well for college – and become effective savers and investors to meet college costs.”

Costs Remain Significant Concern
More than half (51 percent) of those surveyed say that family finances will be more of a limiting factor than academic performance on their kids’ ability to get a quality college education. The same number say it’s very likely they or their kids will have to borrow money for college.

The College Board estimates that average total debt was about $22,700 for the approximately 60 percent of 2006-07 bachelor’s degree recipients who graduated with debt.

“In recent years, parents have come to understand that college loans are an undesirable option, burdening graduates with debt that can take decades to pay down,” Winn explains. “That’s all well and good – the problem is that many parents aren’t replacing over-reliance on debt with an increase in personal savings.

“The ramifications are clear: As college approaches, many parents are likely to discover that college costs far outstrip their financial resources,” Winn notes. “Parents committed to college need to begin saving as early as they can, as much as they can, and to stick to their savings strategy as long as they can.”

For many Americans, Section 529 college saving plans have emerged as an excellent way to save and invest, as contributions grow tax deferred and withdrawals are federal tax free when used for qualified expenses, according to OppenheimerFunds.

While 61 percent of those surveyed are at least somewhat familiar with college savings plans, usage is still relatively low; only about one in four (24 percent) of parents say they have used a 529 plan.

“Our poll suggests that many Americans may be well advised to consider 529 plans,” Winn explains. “The plans can help to support more effective college savings and bolster college hopes.”

The OppenheimerFunds poll was conducted via telephone between February 2 and 26, 2009 by the national polling firm Mathew Greenwald & Associates. 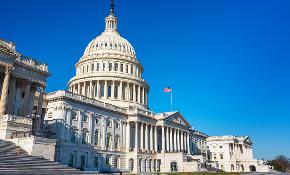 Robinhood Under Scrutiny by Congress

Several Congressional members aren't satisifed with the platform's response to a customer's suicide.

Otherwise layoffs will increase and the economy will slow further, he says. 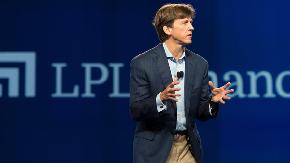 The annual conference for its indie advisors had been set to take place this month in Chicago.

Michael Finke and other retirement experts offered their suggestions in a PGIM webinar.