Are VA Sales Heading For A $150 Billion Year?

By Frank Oconnor | September 17, 2006 at 04:00 PM | The original version of this story was published on National Underwriter Life & Health Magazine
X

Variable annuity sales reached a new record high in the 2nd quarter of 2006, with new sales of $40.8 billion, 8.5% over 1st quarter new sales of $37.6 billion, which was itself a high water mark. Year-to-date new sales of $78.5 billion represents a 22% gain over mid-year 2005 sales, putting the industry on track to exceed $150 billion in annual sales this year.

Compared to 2005 year-to-date sales, the top 5 companies by percentage change in year-to-date 2006 sales were Fidelity with a 192% increase; Genworth Financial, up 64%; Pacific Life, higher by 57%; Jackson National up 52%; and John Hancock with a 50% increase in new sales.

The combination of a 12% gain in sales volume and the acquisition of Travelers moved MetLife into the top spot for both the 2nd quarter and the year-to-date period, ahead of second ranked TIAA-CREF. Pacific Life had the largest jump in ranking, moving from number 10 in the prior year-to-date period to the number 6 slot at the midpoint of 2006.

The top 5 non-group contracts continue to be a stable bunch. In the year-to-date period ending June 30, the top selling non-group variable annuity was John Hancock’s Venture III, an L-share (3-year surrender charge) product that offers a “for life” guaranteed minimum withdrawal benefit, with $3.1 billion in new sales and 3.9% market share. Behind the Venture III contract were the Retirement Advisor Advantage Plus from RiverSource Annuities (Ameriprise), with $2.6 billion in new sales and a 3.4% share; Jackson National’s Perspective II, with $2.2 billion and a 2.9% share of the VA market; Pacific Life’s Innovations Select at $2.2 billion with a 2.8% share; and AXA Equitable’s Accumulator Elite 2004 variable annuity with $1.9 billion in new sales and a market share of 2.4%.

Investment in allocation investment options–a category that includes the fund of fund sub-accounts often required when electing certain living benefit options–continued to increase. At the end of 2005, allocation sub-accounts had an 8.8% share of total assets, vs. a 9.4% share as of the end of June. The share of assets in these investment types can be expected to continue to grow rapidly as living benefit guarantees continue to appeal to growing numbers of investors in or near retirement.

While a little less rosy a picture than the comparison of net flows on an absolute basis, a 24.8% increase in net flow relative to new sales still represents healthy growth, albeit with net flows still much lower than new sales. This situation forces the acceptance of 1 of 2 explanations: either exchanges are such a large part of industry sales that the ratio of net flows to new money is actually much higher than implied by the calculation used here, or surrenders plus benefit payments are extremely high.

So why have VA sales increased so dramatically in 2006? As the mostly B-share contracts sold in 2000 come completely out of their surrender charge period at the same time as a lot of L-shares sold in subsequent years, increased exchange activity is almost certainly accounting for some of the increase, and perhaps a great deal of it. But there continues to be growing anecdotal evidence (such as favorable comments in the popular press) that variable annuity products are having increasing appeal, mostly due to living benefits, which is certainly not news.

With sales hitting record levels this year in the midst of a great deal of uncertainty about investment returns and overall economic conditions, postulating that the appeal of living benefits is being fueled by this uncertainty makes intuitive sense, especially given the increasingly favorable demographic environment for annuity products in general.

The industry is entering a new era for variable annuities, one in which income, rather than accumulation, is the primary driver of sales, and the demand will be skewed toward those groups of retirees and near-retirees that seek the seemingly oxymoronic simple complexity. A variable annuity product representing multiple asset classes and protecting against loss with a living benefit is inherently complex, and the companies with the products, and perhaps more importantly the people, that can deliver not only the product, but also the concept, effectively and simply will be the winners. 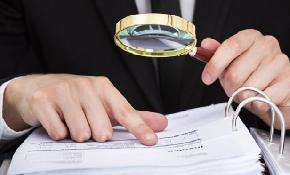 "FINRA is conducting the targeted examinations with a variety of firms," a spokesperson said Friday morning.

Why Advisors Should Care About Climate Change

BlackRock and several big companies are finally pledging to put their money where their mouths are. Here's what that means for you. 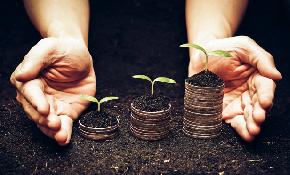 The colleges beat their benchmarks while reducing costs, the study found.