In your search to find business approaches that can make your practice stand out, you may have found that real value is more elusive than...

By Staff Writer | January 01, 2006 at 02:00 AM | The original version of this story was published on Investment Advisor
X

In your search to find business approaches that can make your practice stand out, you may have found that real value is more elusive than ever as our industry becomes increasingly commoditized.

There are exceptions to every rule, however, and while our recruiting firm places advisors with over 50 broker/dealers nationwide, some of the real jewels we contract with are a dozen or so producer groups.

What are producer groups, you ask?

Office of Supervisory Jurisdiction (OSJ) groups, in which the principals of several advisory firms band together under the premise they’ll have greater leverage with their B/D together than on their own.

Core groups that grow organically through the advisors’ own efforts such as referrals, networking through wholesalers, mailing campaigns, or by using recruiting firms like mine.

As might be expected, a common problem with OSJ-type producer groups is the clash of egos over issues such as who will head the group, and whether other group members will feel slighted having less authority. Other issues involve various OSJ-producer group members having dissimilar business models, marketing approaches, production per rep, and service needs. Significant differences in those areas can create tension in a producer group.

At the same time, producer groups that grow organically usually do so through a particular marketing niche in which they excel. As they grow, most organic producer groups will also expand geographically, which further accelerates their growth curves. Last year, for example, I helped add fifteen reps to one such producer group, and saw their production grow from $6.5 million to over $11 million.

A common misconception about producer groups is that they are merely intermediaries taking a cut of a rep’s payouts, but offering little if anything in return. I’ve learned from years of first-hand experience that there is usually much more to producer groups than that.

The obvious benefits of being part of a producer group are getting together with the other members at various times of the year and doing some serious networking. For instance, most producer groups hold a series of conferences and regional meetings for their members each year to provide networking opportunities as well as educational sessions featuring assorted vendors introducing new products and investment ideas. While those meetings are valuable to members, there are much greater benefits.

For one thing, producer groups are quite beneficial to your bottom line. After all, a producer group with an active membership and several million dollars in gross dealer concessions is in a position to leverage above-average payouts from broker/dealers. Typically, advisors in producer groups get the same or better payouts than if they’d joined the B/D on their own. For example, if you contracted with a broker/dealer as an individual advisor, you’d probably get the B/D’s standard payout grid of 85%. But if you contracted with that same B/D through a producer group, you might be looking at a 90% payout grid.

Not all producer groups are created equal, of course, and each offers different benefits beyond participant meetings and increased payouts. In fact, I’ve divided producer groups into three levels to illustrate the different values provided by each.

In level one producer groups, you get the social and networking benefits of educational conferences, regional meetings, and payouts that are as good as if not better than signing up with broker/dealers on your own. The heads of level-one producer groups are also responsible for supervising reps in the group, although some broker/dealers supervise their advisors through the home office.

In level three producer groups, you’ll get the benefits of levels one and two, but with additional hands-on marketing support and other value-added benefits, including: Marketing planning and application; aid for tapping into specific market niches, such as accounting and legal firms, P&C companies, banks and credit unions, 403(b) territories, corporations, and mortgage companies; seminar presentation skills training; marketing, booking, and administrative support; direction in business planning and application of the plan; sales process training to increase effectiveness in niche markets; marketing mailers, sales brochures, and other support materials

The appeal of the different levels typically varies by where advisors are in their business development. Advisors in the book-maintenance phase tend to be self-sufficient in their marketing, so level one or two producer groups will meet their needs. For advisors in the book-building phase–those who may want to grow from the $100,000 in annual gross dealer concession level to, say, the $300,000 level–the added benefits of levels two and three would likely be more attractive.

As with most choices in building a practice, selecting among producer groups depends on what you’re looking for. While broker/dealers may provide practice management and marketing support, I’ve found that producer groups can do so in greater depth and in more personal ways. Of course, a producer group’s value-added benefits come at a price, with direct help in getting leads and seminar assistance typically dropping advisor payouts to the 65%-80% range. That can be offset, however, by increasing your gross dealer concessions.

Advisors who do business as independent brokers can call their own shots and run their shows pretty much as they please. At the same time, however, they also often feel isolated and detached, and have nowhere to turn for help when it’s needed. For them, producer groups can hold considerable appeal–especially if it means getting better payouts in addition to those networking opportunities, marketing assistance and training, and other kinds of professional support.

Jonathan Henschen, CFS, is president of Henschen & Associates in Marine on St. Croix, Minnesota, which specializes in placing advisors with independent broker/dealers. He can be reached through the company Web site at www.findabrokerdealer.com or by e-mail at jon@henschenassoc.com.

We asked advisors what planning errors they've seen and what they did to correct them. 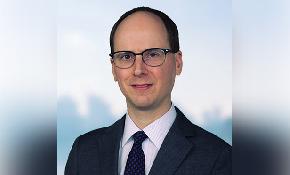 In episode #8 of our Human Capital podcast, George Michael Gerstein tell us the latest on where the states’ fiduciary rules stand.