The IRS gives a break to soldiers on active duty

Taxes are the probably the last thing a military family is thinking about when one of their own is called into combat–and that’s all the more reason for you to stay on the ball.

What are the tax rules for active-duty soldiers? First of all, troops on active duty have 180 days from the date they leave the combat zone in which to file their federal (and some states’) income tax returns without penalty, says Peter Traphagen, of Traphagen &Traphagen in Oradell, New Jersey. The troops should simply attach a copy of his deployment orders along with the tax return, says Ron Pearson of Beach Financial Advisory in Virginia Beach, Virginia.

If the spouse still wants to file on time, “she can file the return of the serviceman just by attaching a note saying that she is the spouse and her husband is in combat,” Traghagen says; no power of attorney is required. The IRS recommends that the person filing the return write “Enduring Freedom” across the top of the tax return so that it can be readily identified.

Income earned in combat is exempt from federal income taxes, adds Traphagen. While it’s ridiculously small compensation for putting one’s life on the line, active-duty servicemen should also expect to receive $3.50 per day in “duty pay,” he says.

For more tax information relevant to members of the military, planners should consult the Armed Forces’ Tax Guide, Publication 3, available online at www.irs.gov/pub/irs-pdf/p3.pdf or call the federal helpline at 866-562-5227. 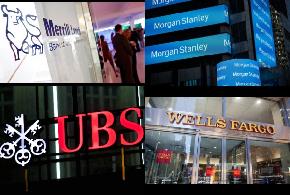 Recruiters discuss whether Merrill, Morgan Stanley, UBS and Wells Fargo are losing due to their own issues or to industry trends.

Could Financial Advisory Revenue Triple in the Next Decade?

That's the prediction of advisor-client matchmaking service Zoe Financial. Here's why they see such strong growth.