After a court ruling in February and ongoing opacity from the U.S. Department of Health and Human Services (HHS), the arbitration methodology in the No Surprises Act (NSA) remains unsettled.

The legislation is favorably viewed by consumer groups because it prevents patients from being surprised by crippling bills.

In the coming years, the NSA will also require providers and plans to provide health care price transparency processes and tools.

In the long run, the requirements could affect how your health insurance clients’ coverage works.

Provider Opposition to the IDR Process

Specifically, the provider groups disagreed with the methodology that the administration adopted for the NSA’s arbitration process, or “independent dispute resolution” (IDR) process.

According to the NSA, a federal IDR process was to be used to resolve disputes about a health plan’s reimbursement to a provider for claims in which balance billing was prohibited.

In a September 2021 regulation, HHS adopted a specific methodology that arbitrators should use in the IDR process to decide the reimbursement.

Many provider groups thought the adopted methodology did not reflect the language in the NSA and would make it harder for providers to argue for higher reimbursements.

In February 2022, Judge Jeremy D. Kernodle of the U.S. District Court for the Eastern District of Texas agreed with the Texas Medical Association that the HHS’ IDR methodology did not align with the language in the NSA.

By implication, the judge handed a win to all the provider groups that disagreed with the policy.

Prior to the Texas court ruling, the “qualifying payment amount,” or QPA, was to be used by the IDR arbitrators as the default reimbursement rate.

Under a QPA-based policy, providers would have had to prove to an arbitrator why they should be paid more than the QPA.

However, as a result of the Texas ruling, the QPA was made just one element among many that an arbitrator must consider when determining a payment amount.

For example, under the court ruling, an arbitrator must now consider provider experience, patient acuity, and market share of the provider or payer, among others.

On April 14, 2022, the Centers for Medicare & Medicaid Services (CMS) issued new guidance on the IDR process that echoed the court’s ruling, signaling that, for the time being, the new IDR policy would stand.

However, a week later, HHS appealed the court’s decision.

No Surprises Act May Block Some Patients' Access to Care: Providers

Then, in early May, the HHS asked the court to pause its appeal until the agency finished a final regulation on the IDR policy, due out this summer.

The HHS has also put a pause on all IDR decisions until the final IDR regulation is published.

In other words, an estimated 3,500 requests for IDR — submitted since the government’s IDR portal opened in April — have been put in limbo.

What does this mean for all parties in the months ahead?

Currently, the Texas court ruling is still the law of the land, and, according to the ruling, arbitrations ostensibly should be decided based on several factors, not just the QPA.

Because of this, it is likely that more providers will take advantage of the NSA’s IDR process than would have under the HHS’ previous IDR methodology.

Payers can therefore expect more claims disputes from providers and will need to be strategic when it comes to defending their reimbursements because additional factors beyond the QPA are considered during the arbitration process.

However, as mentioned, decisions on those arbitrations have been put on hold until the HHS publishes its final IDR regulation.

That regulation may align with the Texas decision, or it may push back or put some limitations on the IDR methodology.

In addition, seven other lawsuits are still making their way through the court system.

A decision from any one of the lawsuits could change or challenge the IDR methodology again.

Patients, on the other hand, do not need to worry about how these conflicts will affect their bills in the near term, since these new rulings will have no immediate effect on what the patients pay.

The conflict has a direct effect only on payments between providers and health plans. 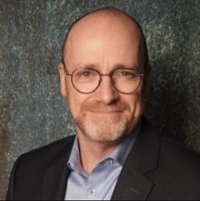 No Surprises Act May Block Some Patients' Access to Care: Providers