Recession Predictions Are Piling Up. Don't Freak Out

Wall Street’s focus seems to have changed in recent days from how fast and how high the Federal Reserve will raise interest rates to the timing of the next recession. The two are not mutually exclusive.

The consensus is that the Fed is so far behind that curve when it comes to increasing  rates that it will have no choice but to tighten monetary policy so severely that it forces the economy to contract to get inflation under control. The problem with such forecasts is that they read like a page out of the pre-pandemic playbook.

The recession chatter has been building for a few weeks but really picked up on Easter Sunday, when Goldman Sachs Group Inc. chief economist Jan Hatzius published a report putting the odds of a recession at about 35% over the next two years. He noted that 11 out of 14 tightening cycles in the U.S. since World War II were followed by a recession within two years.

And it’s been clear that analysts have had a hard time adapting old models to the new order, rendering forecasts little more than guesses.

Data compiled by Bloomberg show that until the middle of last year, economists were predicting that inflation would probably run around 2.5% for 2022 despite the consumer price index already topping 5% at the time. The CPI has since jumped to more than 8%.

Where economists seem to have missed the mark the widest is with consumers, whose spending makes up about two-thirds of the economy. What makes this time different from any other is the relatively strong financial position of the average household.

Any discussion about inflation and the negative effects on the economy and consumers needs to start with excess savings. The generous social programs instituted by the U.S. government to support the economy through the Covid-19 pandemic allowed consumers to build up an amazingly high cash cushion.

Checkable deposits for households and nonprofit organizations rose to $4.06 trillion in December from $1.16 trillion at the end of 2019, according to the Fed. The previous high for this metric before the pandemic was $1.41 trillion.

Even though those special government programs have ended doesn’t mean the largesse hasn’t continued. U.S. taxpayer refunds are surging, rising to an average $3,175 this year, up 9.9% from the same period of 2021, according to data compiled by Bloomberg. The payouts may be improving consumers’ mood.

The University of Michigan said Thursday that its preliminary sentiment index for April rose unexpectedly, jumping the most since early 2021. The same day the Commerce Department said retail sales for March among a control group was little changed, dropping only 0.1%, while February’s number was revised higher, to negative 0.9% from the negative 1.2% originally reported.

Money Management Is Out, Personalization and Planning Are In: Fidelity Exec

Dimon noted how consumer spending remains healthy, and Moynihan reflected that consumers are sitting on a lot of cash, presaging more spending to come.

It’s not as if consumer finances are stretched. The household debt-service ratio has been near record lows since the start of the pandemic, holding comfortably below 10% and nowhere near the record 13.2% peak in 2007 heading into the last recession.

Such low leverage has given consumers the confidence to take on more short-term debt. In fact, the Fed said earlier this month that consumer borrowing rose in February by the most on record, jumping $41.8 billion from the previous month. History shows that credit booms during good times, when consumers are feeling confident rather than when times are tough. 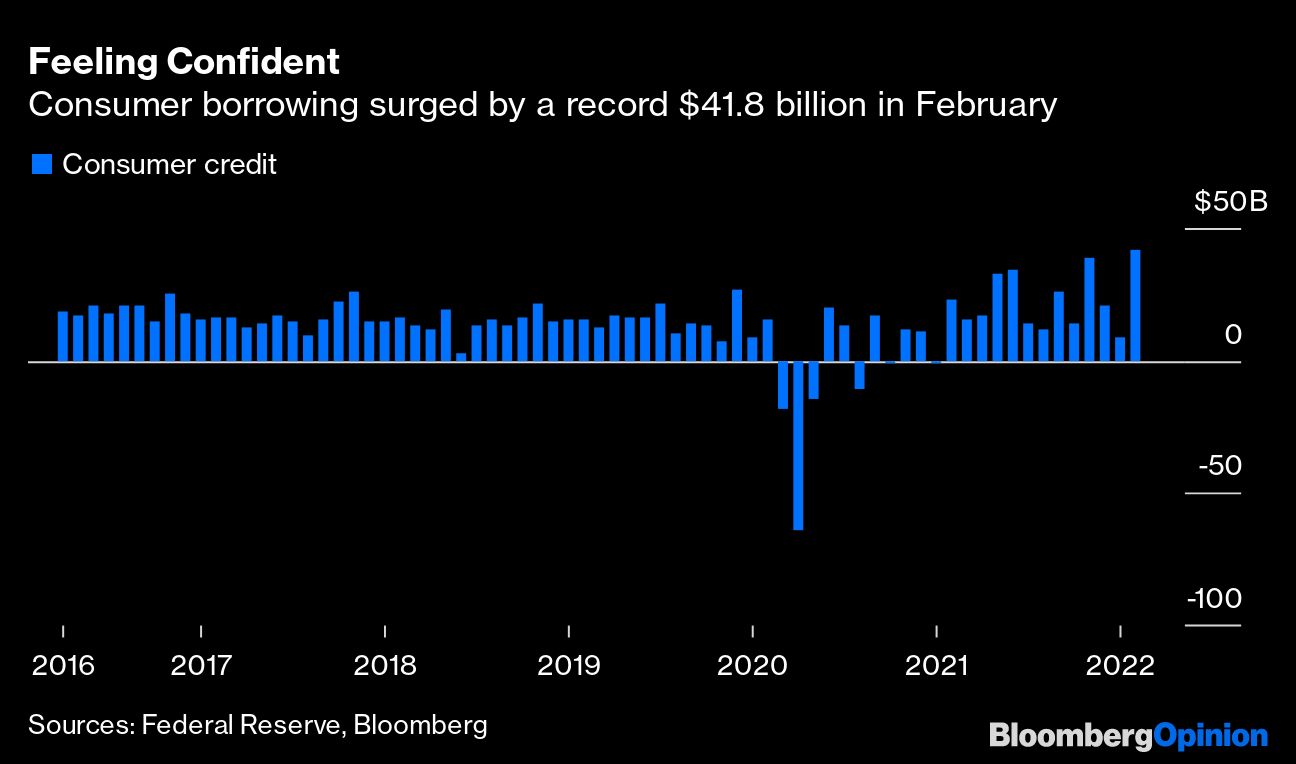 Lost in Hatzius’s forecast of a 35% chance of a recession over the next two years is that he’s pretty sanguine over the shorter term, projecting the odds of a recession in the next 12 months at just 15%. That’s less than the 25% average in a monthly Bloomberg survey of economists, which itself is in line with the long-term average of 23% going back to 2008. 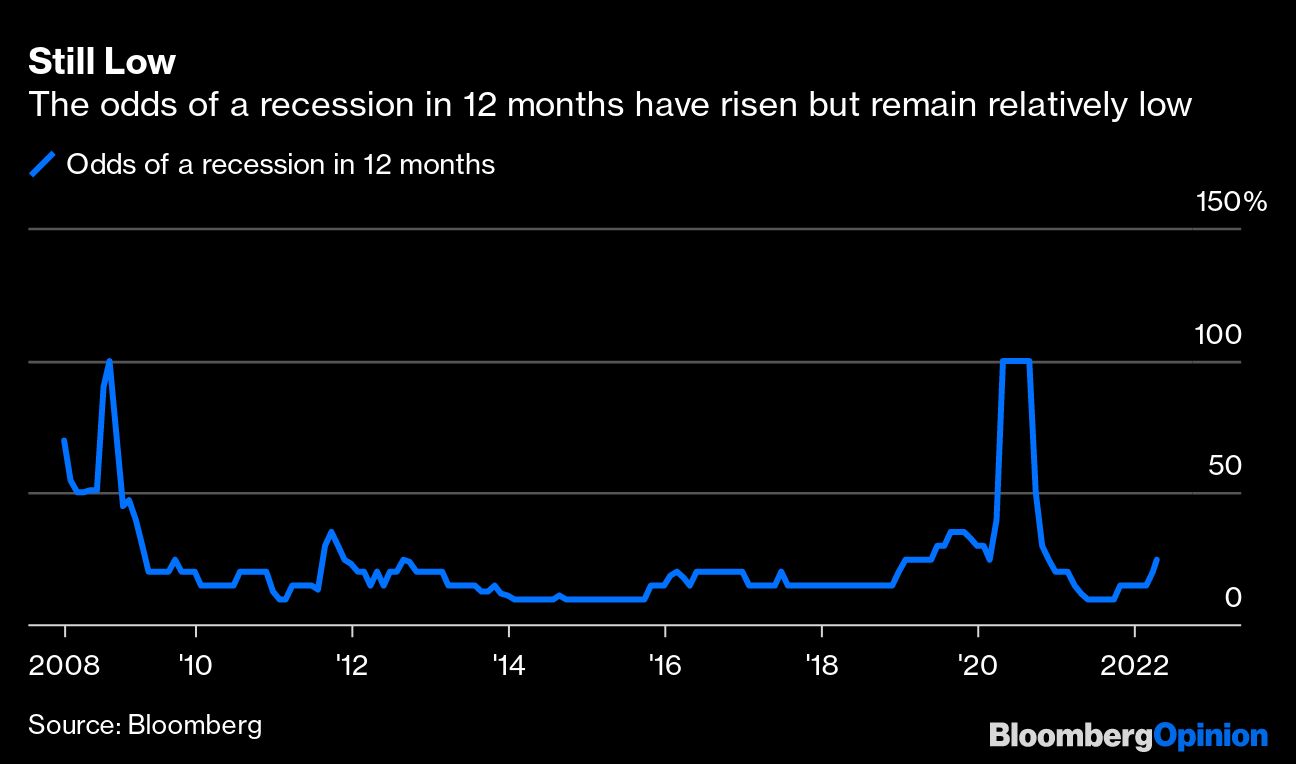 Sure, many headwinds will weigh on growth, but there are plenty of tailwinds as well. Perhaps baseball great Yogi Berra put it best when he said “it’s tough to make predictions, especially about the future.”

Money Management Is Out, Personalization and Planning Are In: Fidelity Exec