Current population trends might make it easier to find insurance and retirement planning clients who are already 65 or older than to find near-retiree clients.

The Census Bureau on Thursday published the latest annual estimates of the the resident population, by single year of age. 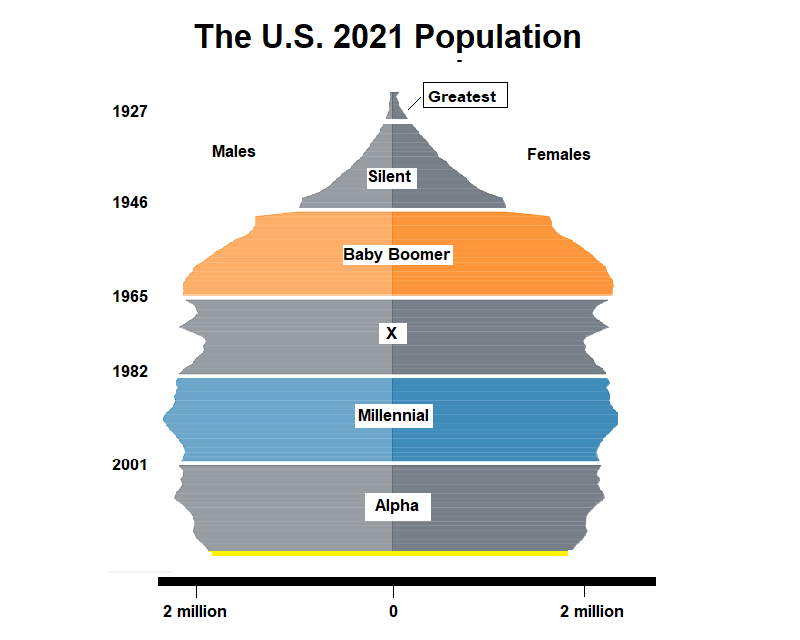 The estimates reflect the effects of births, immigration, emigration and the impact of health conditions such as COVID-19 and opioid use.

The new Census Bureau table confirms that financial services companies and professionals face a serious, persistent obstacle to adding younger clients: a decrease in the number of births.

Many financial services marketers, and especially marketers of life insurance and retirement planning arrangements aimed at younger workers, try to appeal to consumers who have undergone major life events, such as the birth of a child.

But the new Census Bureau table indicates that the number of babies under age 1 was down sharply in 2021, and has been falling for six years in a row.

The bureau estimated that the United States had only 3.6 million infants last year.

The figures suggest that any given marketing campaign tied to the births faced 13% more difficulty with generating leads in 2021 than in 2015.

The United States also faced sharp baby busts from 1927 through 1945, when members of the “Silent Generation” were born, and from 1965 through 1981, when members of Generation X arrived. Improvements in life expectancy and immigration ended up offsetting some of the effects of birth rate fluctuations.