Here’s the second in a series of three articles about what behavioral science can tell us about the life insurance application process.

This article focuses on factors that influence the likelihood that life insurance applicants will give complete, accurate answers to underwriters’ questions.

One might think that direct-to-consumer applications would return higher disclosure rates than adviser led applications.

As insurer representatives do not earn a sales commission, there would essentially be no conflict of interest when a representative collects application information. The incentive is to collect accurate information.

However, other psychological factors could influence disclosure rates over the telephone or online.

1. The Possibility of Getting Caught

Does involving an insurer-representative in telephone interviews objectively increase the chance of identifying non-disclosure?

If this is so, insurers could rectify inaccuracies or even dissuade potential non-disclosures up front. This would reduce the utility (value) of intentional dishonesty for applicants.

Psychologists have found that people trying to deceive without being detected inadvertently give certain physical signals. Increases in heart rate driven by nervousness can lead to changes in speech and mannerisms.

However, even though deception is part of everyday life, humans can be poor at picking up the signals.

Indeed, studies have found that people detect deception only slightly more than about half the time, which is not much better than what would be expected by chance.

A telephone interviewer can’t, for example, visually check to see whether the applicant has given reasonable responses to questions about matters such as height and weight. It is unlikely, therefore, that any objective possibility of getting caught mis-disclosing or non-disclosing to a telephone interviewer might be a deterrent to not being truthful.

While the objective possibility of getting caught is an unlikely deterrent, the subjective side of deceiving others may be one.

Most people, when they tell an untruth, notice that their hearts beat faster and that their blood pressure rises. They feel a little nervous, fearful, and guilty.

This can especially be the case when the people who are lying think they may be giving off cues that betray the deception, when they are less in control of the conversation, or when they believe a real person will suffer consequences as a result of a lie.

This is indicated by empirical evidence.

In 2012, Leanne Ten Brinke and Stephen Porter reported that in discussion deceivers will often use language to attempt to distance themselves from the deceit, to make it psychologically easier to deceive.

Deceivers may do this by, for example, using fewer personal pronouns, and more tentative words, such as “maybe.”

The presence of another human, as in face-to-face or telephone interviews, makes the identity of the victim of a deception more concrete and immediate and diminishes the applicant’s control over the process.

Research shows that participants, when given a choice between whether to deceive a partner in an experiment via texting or face-to-face encounters, were more likely to deceive in a text.

This suggests that people may find it easier to deceive through channels that provide participants with greater psychological distance.

Another important factor is “asynchronicity.”

An asynchronous application channel, such as a process that requires a consumer to mail a paper form to an insurance company, separates the communicator and the receiver of the communications in time and space.

An asynchronous direct-to-consumer application channel may also widen the psychological distance between applicant and interviewer.

Such asynchronous interactions lack the humanizing elements that could prevent non-disclosure. Applicants could feel more confident about mis-disclosing or non-disclosing when using these channels.

People’s decisions are influenced by a social desirability bias.

This bias refers to the human tendency to answer questions in a manner that would be viewed favorably by others.

However, people also come to the application process with their own beliefs about what is socially acceptable, such as believing that smoking, drug use, or high weight are frowned upon.

In a follow-up insurance application simulation study, we tested the effects of language that explicitly communicated social norms.

Here’s an example of a statement we tested:

Such overt statements can be counterproductive, by increasing the salience of applicants’ existing beliefs about how society views sensitive behaviors. The statements may also make applicants feel less, rather than more, comfortable about reporting their behaviors.

Can the application channels provided change how much applicants are motivated to show themselves in the best light?

Highly interpersonal experiences, such as telephone interviews, could remind applicants that some behaviors are less socially accepted, and might therefore make applicants more embarrassed and less likely to disclose.

Our research supports this idea.

In an experiment involving 1,100 U.S.-based participants who were incentivized to appear healthy, we compared disclosure rates for factors typically collected by life insurers.

We found that participants were less likely to disclose issues such as mental health conditions and drug use in a telephone interview than in an online questionnaire:

Research from other industries has found the same pattern.

For example, an Australian mental health study found that young people’s disclosures of mental health issues to a researcher were higher via a web-based questionnaire than via a telephone interview.

The difference, according to the study, was greatest for the most sensitive questions.

Similarly, a study that assessed personal aspects of students’ university experiences and compared the results to data from university records found that respondents were more likely to be honest and accurate about sensitive details in a web survey than a telephone interview.

Together, these findings indicate that highly personal direct-to-consumer application processes such as telephone interviews can make it psychologically harder for people to disclose sensitive information.

Still another issue is “cognitive load,” or the effort an applicant must make to answer a question.

Tomorrow, I’ll look at the relationship between online disclosures and cognitive load. 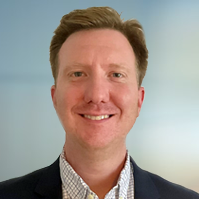 Peter Hovard is the lead behavioral scientist for global data and analytics at Reinsurance Group of America.