As diversity and inclusion has taken center stage with many aspects of American life, much has been written about the racial wealth gap and its effect on retirement planning for BIPOC (Black, Indigenous, and People of Color, including Hispanic and Asian/Asian Americans) communities. Perhaps most notably, the Brookings Institute found that the net worth of a typical white family is nearly ten times greater than that of a Black family. While this is certainly cause for concern, it’s not the whole story when it comes to wealth disparity between different races in the United States.

And although Asian Americans rank as the highest earning racial and ethnic group in the U.S., problems persist within this group when it comes to income inequality. According to the Pew Institute, from 1970 to 2016, the gap in the standard of living between Asians at the top and the bottom of the income ladder nearly doubled, and the distribution of income among Asians transformed from being one of the most equal to being the most unequal among America’s major racial and ethnic groups.

These findings are a clear indication that each BIPOC community needs more help with financial planning, something that was confirmed by recent findings from the 2021 Retirement Risk Readiness Study from Allianz Life.

The study team conducted an online survey in December 2020, with a nationally representative sample of 1,000 individuals age 25+ in the contiguous United States, and with an annual household income of $50,000 or more for single participants, or $75,000 or more for married or partnered participants; or with at least $150,000 in investable assets. The sample also included additional participants with BIPOC ethnicities.

The study team found that, across the board, fewer BIPOC respondents are getting professional help with their finances than white Americans (38% Black/African American; 44% Hispanic; 36% Asian/Asian American; versus 46% white).

While this demonstrates there is ample opportunity for our industry to assist BIPOC clients, it’s crucial that financial professionals understand that this opportunity is directly connected to developing a deeper understanding of each group and the specific retirement risks that concern them the most.

The best way to connect with these communities and really make an impact is to do the due diligence of learning about their unique concerns, not treating them as one homogenous group, and tailoring approaches to address how each BIPOC community thinks about retirement.

First and foremost, the study found the majority of ethnicities surveyed – including whites – are currently worried they won’t have enough saved for retirement (52% Black/African American; 56% Hispanic; 56% white; 62% Asian/Asian American). Beyond the lack of professional assistance noted above, these statistics should get the financial services industry thinking about how we can be more effective in helping mitigate the specific risks that are causing each community the most concern.

Interestingly enough, the top concerns for BIPOC individuals are fairly consistent. Yet, Black/African American respondents tend to be less worried across the board, with Asian/Asian Americans the most worried and Hispanic respondents falling somewhere in the middle. Consider the top seven retirement risks identified in the study.

While it’s logical to assume that different ethnic groups have different priorities when planning for retirement, it’s eye-opening to see just how varied the level of their concerns are and how that perspective likely affects their approach to spending and saving. This should, in turn, guide our approach to assisting each group.

For example, with Black/African American clients, a lower level of worry about various retirement risks may indicate that lack of awareness could be a problem. Therefore, starting the planning conversation by identifying those risks may be the most useful approach with that specific audience. Asian/Asian Americans, on the other hand, seem to have a higher level of cognizance about various risks, so it may be more prudent to directly address how they can mitigate those concerns.

The bottom line is, you don’t know how people truly feel until you ask. It’s important that financial professionals don’t make assumptions about what risks cause each group the most concern, but rather ask detailed questions to better understand how to help each client achieve their specific retirement goals, whatever they may be.

In addition to developing a better understanding of how these risks are perceived by each BIPOC community, the financial services industry should also look to the study to learn more about the potential barriers that are keeping each group from seeking professional help.

Clearly, the financial component is an issue with each group, but both come at that concern from a different perspective. Although “don’t have enough money” and “costs too much” may seem like a minor distinction, it’s these types of nuances that our industry must do more to understand so that we can make stronger connections from the start.

As the old saying goes, it’s wise to “fish where the fish are,” so knowledge that Hispanic communities may be more receptive to professional advice can be helpful for financial professionals who are looking to increase their client base. But it’s also beneficial to know that certain communities may require a longer runway before they become comfortable with seeking more guidance with their retirement planning.

Among the many useful insights from the study, the biggest take-away is that it’s simply not enough to have a “BIPOC” approach when reaching out to different ethnic groups. Although there is plenty of opportunity to help, financial professionals have to be willing to put in the work to get to know people in various communities and understand both their unique concerns and their individual goals.

In order to do that effectively, we must know the audience, inside and out. That means being authentic. Whether the client is Black, white, Hispanic or Asian, most people just want to work with professionals that they feel comfortable with and that they believe understands them. So don’t assume, ask questions and take the time to build those relationships. 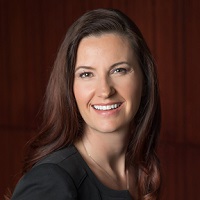