The insurance’s industry’s intense focus on improving the customer experience, which has accelerated over the last five to ten years, has been remarkable. Thanks to the efforts of carriers and their technology partners to reimagine the way they interact with customers, leveraging developments in cloud, APIs and microservices, the experience of purchasing insurance, making a claim or simply getting answers to basic questions has undergone a massive transformation.

There’s still a lot of work to be done, of course, as legacy technology is unwound and we continue the transition to what we like to call “modern coretech,” but the progress the industry has made in providing a better experience for customers is undeniable.

Less attention has been paid to what modern core technology can do for another critical constituency: the insurance agent. As the industry has transitioned from a traditional model that tended to be highly transactional and product-focused to one that is more customer-centric, the focus on the agent experience has taken a back seat.

That’s unfortunate, because despite the strides the industry has made in making products simpler and easier to understand, customers still need the critical advice and guidance that only an agent can provide, especially when it comes to complicated life insurance or annuity offerings.

Happily, one of the side effects of carriers transitioning from legacy technology to modern, cloud-based coretech is the opportunity it gives them to simultaneously transform both the customer experience and the agent experience. Here are five ways modern coretech is changing the way agents work.

In the era of legacy technology, there was no easy way to create a common experience for agents and insurance buyers. Systems were commonly built from scratch, resulting in gaps and inconsistencies between what the customer was seeing and information that the agent could access. By enabling persona-based applications that leverage and connect to a common, consistent set of data, it is now possible to provide agents the same smooth digital experience that customers enjoy, but tailored to their specific needs and including the most critical data they need to run their practice.

The AI Sales Coach Should Have a Clue: Venkat Malladi

They Changed Their Minds

2. Meeting the Evolving Needs of Agents

Because the agent experience can closely mimic the customer experience, agents leveraging modern coretech are also not required to master multiple applications or receive training on antiquated systems. Given the well-reported “graying” of the industry and the need to attract more “digital natives” to insurance, the ability to arm new agents with user-friendly, intuitive data and CRM tools can be a game changer for engagement and retention. Legacy systems can’t run analytics in the background, easily consume external third-party data, or provide a 360-degree view of the customer, but modern coretech can, setting up agents for success.

Under the legacy model, once an agent has initiated and keyed in a new application, he or she becomes somewhat disconnected from the process, as the policy application works its way through underwriting. By contrast, modern coretech gives agents the ability to communicate in real time with colleagues across the spectrum, from underwriting to claims. By staying digitally informed and continuously involved with the policyholder during any process — whether it’s creating a new policy, adding a family member to an existing policy, or providing an update on a claim — it helps agents build trust and engender customer loyalty. Agents can even co-browse with customers to help them fill out applications and other tasks.

Because modern coretech integrates seamlessly with both structured and unstructured third-party data sources, it empowers agents to sell more proactively, and allows them to create dashboards that predict policyholder life events, such as a marriage, a new child, a home purchase or a change in income.

Finally, because modern coretech is platform agnostic, it allows agents to meet customers where they are. An interaction that might start as an inbound phone call can migrate to email then to chat. At each stage of the process, the agent has an understanding of previous interactions with the policyholder, allowing for a more seamless experience.

With many carriers still in the process or transitioning away from legacy systems, the evolution to modern coretech is still under way, but it promises to be as transformative for agents as it is for customers, opening up new avenues, helping them forge deeper, lasting relationships with customers and freeing them up to be more strategic in how they allocate time and run their business. 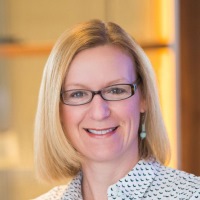 Samanatha Chow is life, annuities and health markets Lead at EIS and author of the eBook Executive Playbook: Life Insurance Reimagined for the Digital Age

The AI Sales Coach Should Have a Clue: Venkat Malladi

They Changed Their Minds