Some of the most vulnerable people currently left without coverage under the Affordable Care Act are pregnant women of low-income status. Helping those women should be a top priority.

Despite the ACA covering women’s preventive services at 100%, Medicaid coverage of women’s preventative benefits remains inconsistent across states, since state Medicaid programs are not required to comply with the federal mandate and instead have accepted waivers that limit coverage.

As a result, women living in these states are left without access to important maternal health care, including breastfeeding supplies, support and services — something that is extremely concerning given the high rates of maternal and infant mortality in the United States, particularly among women in low-income communities.

There are steps the Biden administration can take in the short-term to protect these women until a more permanent solution is found.

Here are three of the issues that should be addressed first.

These restrictions have had an immense impact on women’s preventative benefits, stripping them of necessary resources to properly care for themselves and their infants postpartum.

While state Medicaid programs offer coverage to pregnant women up to 138% of the federal poverty level (FPL) and most offer coverage above that level, new moms lose coverage just 60 days after giving birth unless they live in an expansion state and remain at or below 138% FPL. Women with incomes above the 138% FPL may qualify for subsidized coverage through the ACA Marketplace; however, even if those women are considered low income, if their income is still too high to qualify for Medicaid as parents and too low for Marketplace subsidies, they are at risk of facing a coverage gap due to scarce affordable coverage options.

In the states that have not expanded eligibility, women can qualify for coverage as parents, but there’s the glaring caveat that the Medicaid income eligibility cut-off is much lower for parents, in all states, than for those who are pregnant.

Schwab's Sonders Sees Opportunity in the 'Bear Market for Everything'

One Way to Boost Service to UHNW Clients

Seeing as almost four out of every 10 babies are born into Medicaid, immediately reversing waivers that limit women’s preventative benefits and encouraging waivers that extend the postpartum coverage period beyond 60 days would provide new mothers with access to essential care. Postpartum care is especially important as the time after a woman gives birth can be an extremely vulnerable period. On top of navigating motherhood, they may also be dealing with a host of medical conditions such as complications from childbirth, pain, depression or anxiety, all while caring for a newborn. In a CDC mortality report from 2019, it was discovered that one in three pregnancy-related deaths occurred between one week to one year after delivery, proving that without postpartum coverage, new mothers are increasingly isolated and more susceptible to mental health issues as well as harmful maternal health outcomes.

While expansion has been shown to increase postpartum coverage, new moms in expansion states still risk losing coverage if their income is above 138% FPL, making the passage of new waivers increasingly important. There are actions states can take now to broaden coverage in the postpartum period and support improvements in infant and maternal outcomes. First and foremost is to expand pregnancy related Medicaid coverage beyond 60 days. Another is raising parental income eligibility levels under Medicaid to extend access to more low-income families and help close the coverage gaps in non-expansion states.

Today, numerous states are taking initiative to extend the period of Medicaid postpartum eligibility with some applying for Section 115 waivers from CMS to extend Medicaid beyond the 60 days period. For example, non-expansion states like Georgia have enacted legislation to extend postpartum coverage from 60 days to six months for people who were born under Medicaid. On the other hand, some expansion states, such as Illinois and New Jersey, are also seeking waivers from CMS to extend Medicaid’s postpartum period so women at income levels above 138% FPL keep their Medicaid coverage beyond two months postpartum.

3. The Biden administration should encourage states to remove the current five-year coverage ban for women who are immigrants.

Citizens have a hard enough time receiving appropriate postpartum coverage, but those who have not been legal residents for more than five years face an even more challenging route to receiving the necessary coverage they need. Under what’s called the five year coverage ban, certain states do not offer Medicaid or Children’s Health Insurance Program (CHIP) coverage to people who haven’t been a U.S citizen for at least five years. In accordance with the ban, states are allowed to eliminate this waiting period for children and pregnant women, but not all do.

There are still many lawfully present immigrants left without coverage before, during and after pregnancy. While women who are enrolled in Medicaid have access to contraceptive coverage without cost-share, millions of immigrant women do not qualify for the same benefit. This is particularly problematic as women of color and low-income women are disproportionately affected by unintended pregnancies, which can result in adverse maternal and infant health outcomes.

Even as President Biden has called for ACA expansion, there is much work to be done in order to solve the maternal health inequalities and challenges persistent within low-income families. Without broadening access to Medicaid coverage at the state and federal level, many women are going to be left without access to essential care during the most vulnerable time in their lives, and health disparities will only grow larger. The time for action is now.0 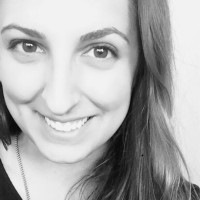 Amanda Baethke is director of corporate development at Aeroflow Healthcare.