U.S. Seems to Have a Pushy COVID-19 Strain: Researchers

U.S. Seems to Have a Pushy COVID-19 Strain: Researchers 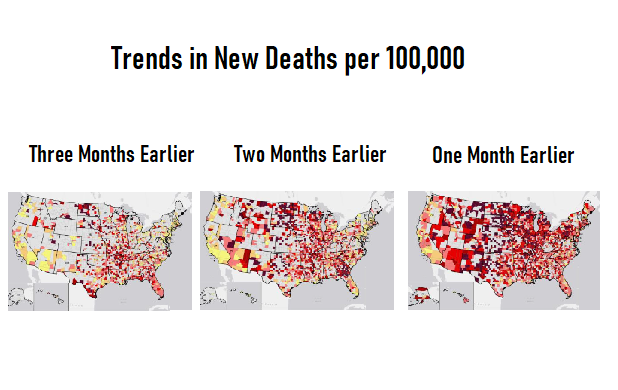 Here's what the U.S. COVID-19 mortality map looked like one month, two months and three months ago, according to White House Coronavirus Task Force. And here are maps showing what's happened each week since early November... 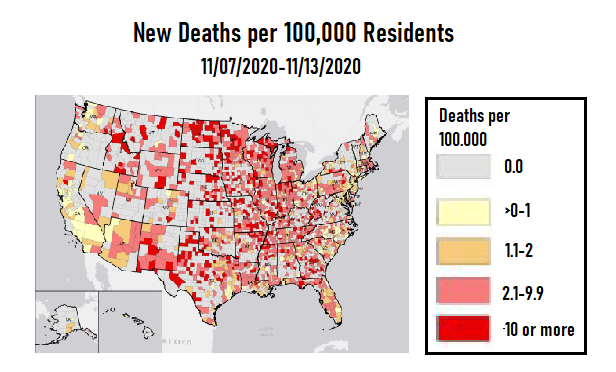 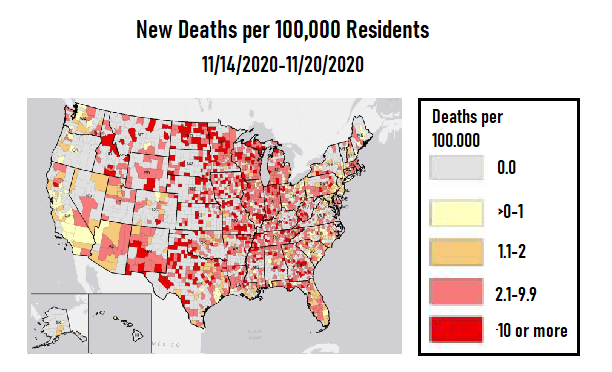 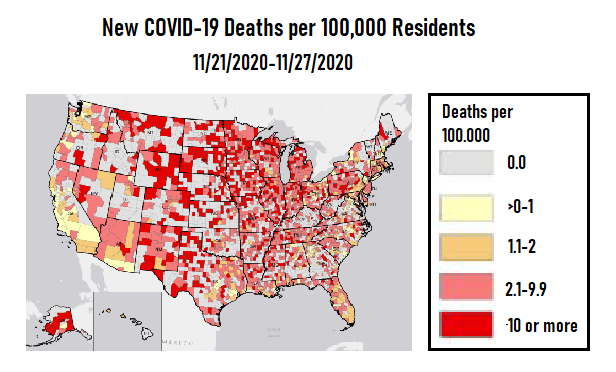 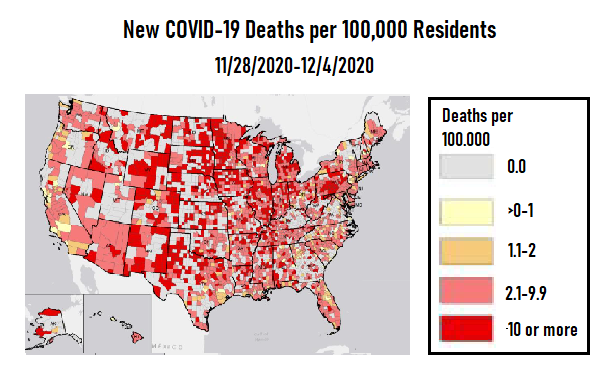 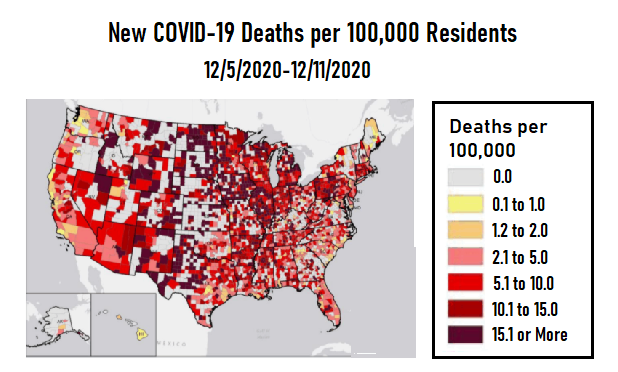 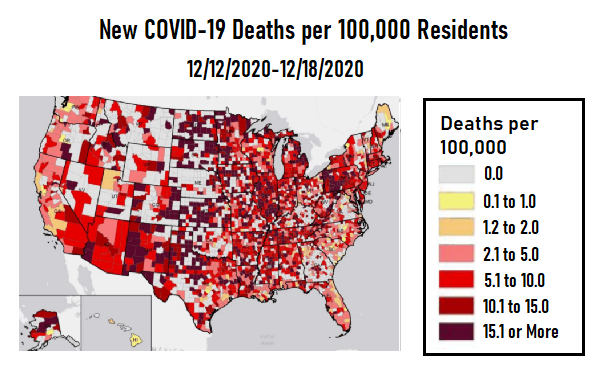 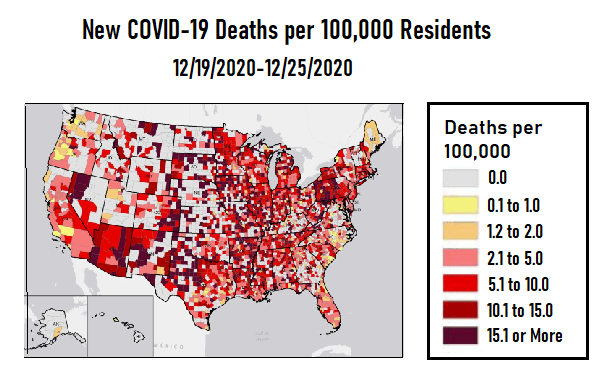 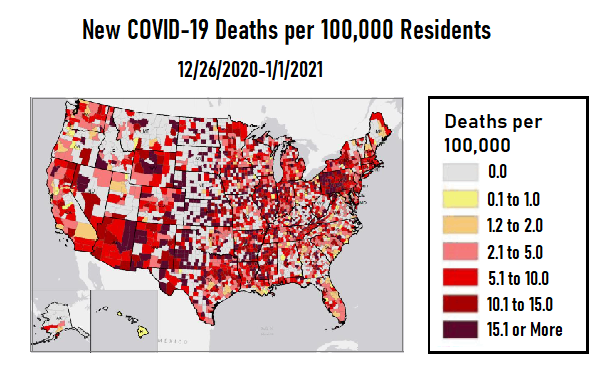 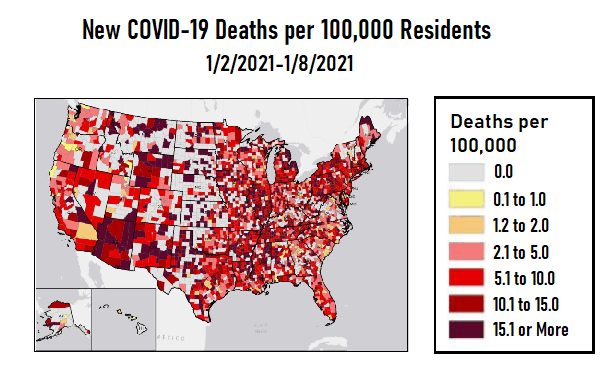 Researchers at Ohio State University have helped a top White House COVID-19 pandemic advisor win a battle with officials at the U.S. Centers for Disease Control and Prevention (CDC) about whether the United States has its own, quick-spreading form of the virus that causes COVID-19.

The advisor,  Dr. Deborah Birx, speculated last week in comments in the weekly White House Coronavirus Task Force report, that the United States might have its own, homegrown, extra-infectious strain of severe acute respiratory syndrome coronavirus 2 (SARS-CoV-2), the virus that causes COVID-19, just as the United Kingdom and South Africa have their own extra-infectious new SARS-CoV-2 strains.

The CDC then sent out a statement asserting that no one had shown that the United States had an extra-infectious strain of SARS-CoV-2.

Now, Dr. Dan Jones and other researchers at the Ohio State Wexner Medical Center say the United States does seem to have a rapidly spreading SARS-CoV-2 variant family, the “20C-US clade,” that appears to have evolved in the United States.

The researchers talk about the 20C- US variant family in a preprint, or article that has not yet gone through a full academic peer review process.

A virus “genome” is the collection of genetic material that helps a virus replicate. A SARS-CoV-2 genome is a string made up of four different types of “nucleotides,” or molecules: adenine (A), guanine (G), cytosine (C) and uracil (U).

When a SARS-CoV-2 virus particle replicates, a few of the nucleotides in the genome change. Researchers use genome mutation patterns to distinguish between different SARS-CoV-2 strains, and to determine when and where a strain evolved.

Jones’ team says that each major region in the world, including each U.S. state, is developing its own distinctive SARS-CoV-2 variants, or SARS-CoV-2 mutation patterns, because pandemic-related travel restrictions limit how often people with one region’s strains spread their strains in other places.

The mutations that distinguish the 20C-US SARS-CoV-2 variant family started to show up in the United States, in Minnesota and Louisiana, in March, and then spread to Arizona in early April, the Jones team says.

More distinctive mutations showed up in states like Wisconsin and Illinois over the summer.

In August, a Q677H mutation appeared in Minnesota and Wisconsin.

Today, strains with the Q677H mutation account for about 10% of SARs-CoV-2 20C-US genomes, and the Q677H strains are especially common in patients in Michigan, Minnesota and Wisconsin, according to the Jones team.

The researchers say that analyzing why virus strains spread is tricky, but that the Q677H strains seem to have started to spread rapidly despite travel restrictions.

Researchers should study SARS-CoV-2 variants more carefully, but “the rise of 20C-US coincides with substantially reduced case fatality rates across the U.S. despite a sharp rise in cases,” the Jones team says. “While clear evidence is lacking, it is plausible that 20C-US represents a SARS-CoV-2 variant with higher transmissibility but milder illness.”

A milder strain might be able to spread more quietly than a deadlier strain, the researchers say. This is something similar to the influenza virus that caused the catastrophic 1918 pandemic, the Jones team says.

The original, deadly 1918 virus strain seems to have died off, but a milder daughter strain survived, and its descendants still cause seasonal flu today, the researchers say.