In most states, before Jan. 1, 2014, U.S. women who needed individual health coverage for ordinary maternity care had great difficulty obtaining such coverage.

Aside from some health maintenance organizations, and some expensive maternity riders, most states had virtually no individual health coverage arrangements that would help with routine maternity costs.

Then, on Jan. 1, 2014, when the major provisions of the Affordable Care Act (ACA) took effect, maternity was deemed an essential health benefit.

The ACA required all new individual insurance policies sold on or after Jan. 1, 2014, to cover maternity care.

The ACA also gives a pregnant woman a chance sign up for coverage for her newborn. Even if a pregnant woman fails to get herself covered, she can still get a child-only policy after the birth of her baby. This provision is crucial in any case in which a newborn has medical complications, because neonatal intensive care typically costs $10,000 to $15,000 per day.

Although ACA-compliant policies must cover maternity care, they do not have to provide coverage for abortions and often are prohibited from doing so. “Twenty-five states restrict the availability of abortion coverage in Marketplace health plans. Two states restrict it entirely, and 23 restrict it to variations of the Hyde exceptions. The remaining states have no restrictions,” Amy Chen writes in a National Health Law Program article,

The ACA provides many other health benefits for women, including benefits for well-woman medical exams, breast cancer screening, domestic violence screening and counseling, and other preventive services.

Why does this all matter?

The U.S. Supreme Court is now deliberating on a case, California v. Texas (Case Number 19-840), that threatens the survival of the ACA.

The court heard oral argument on the case in November.

(Related: Supreme Court Looks at Whether One Nick Can Pop Affordable Care Act)

If the Supreme Court holds that the ACA is unconstitutional in its entirety — which is still one possible outcome — all of the ACA benefits for individuals who need health insurance and health care services will go away.

More than 22 million people in the United States now have individual or family major coverage governed by ACA requirements. Elimination of the ACA could cost many of those people their health insurance. Further, the availability of affordable health insurance for people with pre-existing conditions, and for women who are pregnant or wish to become pregnant and their babies (and who cannot get insurance through employment group plans) will be eliminated.

Any Supreme Court decision that overturns or reduces the scope of the ACA could have a devastating impact on the health of American women, and devastating ramifications for women who want to get pregnant in order to start a family. 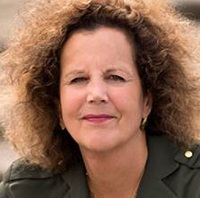 Victoria T. Ferrara is the founder and legal director at Worldwide Surrogacy in Fairfield, Connecticut. She is also a managing partner at Ferrara Law Group, which specializes in assisted reproduction technology law and surrogacy law.