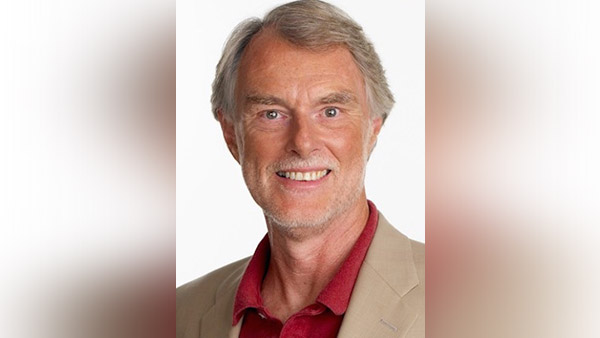 Pomona College finance professor and author Gary N. Smith, an expert on the statistical pitfalls of investing, knows the difference between a valid financial study and hokum.

Smith, who became a multimillionaire by investing in stocks, says luck often determines a stock’s good or bad performance and is quick to point out how the concept of regression to the mean comes into play.

Citing 10 financial surprises — five resulting from sound research and five nonsensical — he recently shared his latest insights on investing with ThinkAdvisor, including the impact of President Trump’s tweets on market movement.

Smith, who has a Ph.D. in economics from Yale University and taught there for seven years, was notably early in detecting the dot-com bubble.

His newest book, “The Phantom Pattern Problem: The Mirage of Big Data,” co-written with Jay Cordes, warns readers not to let data or offbeat investing strategies trick them. (His earlier book, “What the Luck: The Surprising Role of Chance in Our Everyday Lives” focused on the ways that chance can be misleading.)

The scholar, who’s married to Margaret Smith, CFP and principal of wealth management firm Prosperity Liftoff, told ThinkAdvisor that researchers and investors who fervently seek to beat the market often find correlations based simply on chance — but “think they’ve finally unlocked the market’s secret and that they’re going to get rich.

“All that shows,” he says, “is if they spend a lot of time looking for correlations, they’re bound to find one. It’s like flipping a coin and saying, ‘I got four heads in a row — that must mean something.’ It means you got lucky.”

Here are the highlights of our interview:

THINKADVISOR: Why do the first five surprises we’re going to discuss remain valid?

GARY N. SMITH:  All of them had a logical basis and didn’t disappear. That is, when they were tested with fresh data, they still held up. They weren’t just temporary coincidences.

Why do stocks going out of the Dow Jones industrial average generally outperform the stocks that replace them?

This is an example of regression to the mean. When something does really well or really poorly, there’s probably either good or bad luck involved.

Athletes that win tournaments typically haven’t gone on to do well the next time. That’s because they were lucky the first time.

But what about stocks?

Companies doing poorly that go out of the Dow are probably not as bad as they seem — they’ve just been having bad luck. Companies coming into the Dow likely aren’t as good as they seem and will probably disappoint afterward.

You did a study on this. Can you describe it?

My students and I put together a portfolio of stocks going into and out of the Dow. The ones going out beat the ones going in by about 4% a year.

Several years later, we looked at the portfolio again, and everything held up. Coincidental things tend to disappear; things that are real tend to persist.

It’s likely that analysts are too optimistic or too pessimistic in their forecasts. For example, if they’re forecasting 30% earnings growth, it’s more likely that the best forecast is 10%.

We did a study of stocks over a 15-year period that looked at the ones with the most optimistic and the most pessimistic forecasts in a portfolio we put together.

What did you find?

Things that seem to be really far from average are in truth probably not that far from average. It’s just a little bit of luck that makes them seem better or worse than they are.

A number of years ago, a study was conducted in which people were asked which stock symbols they thought were clever or cute. [The researchers] narrowed down the list and created a portfolio of these stocks. It beat the market by about 6% a year.

Around 10 years ago, my students and I did  a study in which we found that these stocks were still beating the market by about 6%. I have a couple of ideas about the reason for that persistence.

People remember a company with a cute ticker symbol.

For instance, WOOF for a company of veterinary hospitals [VCA, Inc.] did really well [because] when thinking about investing in the pet industry, you’re more likely to remember a stock with a clever ticker symbol.

Other examples of stocks that have done better than those with boring symbols are LUV [Southwest Airlines] and MOO [VanEck Vectors Agribusiness], a stockyard company.

What’s another possible reason for the good performance of stocks with clever ticker symbols?

It may be a sign that it’s a company with clever people working for it.

Here’s surprise No. 4: Stocks that make Fortune magazine’s “most admired” list beat the market — but stocks chosen in the business books like “Good to Great” and “In Search of Excellence” did not.

The stocks Fortune has on its “Most Admired” list tend to do better than the S&P 500. They survey thousands of people – analysts, CEOs, directors — about the companies [to get input] in several categories.

So that’s pretty much the ultimate scuttlebutt. You can’t get that stuff by looking at a balance sheet. But for those two books, the authors looked back at which stocks did well in the past and then tried to make up explanations for what they had in common.

What’s wrong with this?

There are always going to be a bunch of stocks that did well in the past.

The IRS Hates What Some Wealthy Clients Put in Their Life Policies: Larry Rybka

The real question is: How well do stocks do looking ahead, after you’ve picked them? Fortune has about nine categories by which they ask people to rate the companies they choose.

What did the study you conducted about this show?

We identified the stocks beforehand and saw how well they did subsequently.

When we went back to see if [there was replication over the years], we found the same thing was true five, 10 and 20 years later.

The fifth surprise: Stocks in the Dow have abnormally high December volume for depressed stocks, but there’s scant or no effect on prices.

A tax rule is: A capital gain or loss only has tax consequences if the asset is sold. That creates an incentive for realizing losses but not gains.

This tax-harvesting strategy says there should be a surge in the year-end sales of stocks whose prices have declined during the year, and additional downward pressure on their prices.

You also conducted a study on this. What did it show?

In contrast, our study of the components of the Dow Jones industrial average found little or no effect on prices — evidently because of their liquidity.

Turning to false and misleading surprises that are widely circulated: What makes them nonsense?

People need to be warned about these mistakes. What underlies all the bad predictives is a fleeting or temporary coincidence that disappears.

[Researchers] find correlations they think are useful, but they turn out to be worthless because the correlation was just a coincidence.

Can you cite examples around this surprising area (No. 6)?

Things based on President Trump’s tweets. Last year a Bank of America study showed that the stock market does better on days when he tweets less.

These [conclusions] are preposterous! Another study purports that when Trump tweets the word “with,” the price of tea in China tends to go down four days later.

Trump has tweeted so many hundreds of thousands of words that if you look for correlations, you’re bound to find one. But they’re totally meaningless — just coincidence.

Here’s another ridiculous theory that you’ve pointed out, No. 7: The stock market does well when an NFC team wins the Super Bowl.

It’s nonsense! A sports writer was trying to demonstrate that coincidental correlations can always be found and that they’re completely meaningless.

So thinking no one would take it seriously, he made that up [that connection] about the market and the NFC. He was flabbergasted when [investors] actually believed it and started rooting for NFC teams.

No. 8 is a common one: October is the best month to buy stocks.

The truth is there’s no reason that October would be better than any other month.

If you go back 20 years to compare, one month will be better than others just by chance. So it was just a random fluctuation that October was better.

Here’s No. 9, also misleading: When there are large numbers of Google searches for the word, “debt,” stock prices tend to go up (as noted in “Scientific Reports”).

Researchers looked at 98 different keywords, [figuring] that one of them would be correlated with stock prices.

It happened to be “debt.” When we looked at how well the study [held up] afterwards, we found it worked terribly.

There’s absolutely no reason for that. If you look back, you’ll of course find some years it will do better than others and some will be worse. It’s just luck, not anything meaningful.

Any examples of bad studies in areas outside finance?

There are many. One showed that Asian-Americans are so terrified of the number four that they tend to get heart attacks on the fourth day of the month.

Another one reported that Jews postpone their deaths until after Yom Kippur, Rosh Hashanah and Passover.

Any more of these?

People who have positive initials, such as “VIP,” live longer than those with negative initials, like PIG. Absolutely preposterous!

Did you do a study that showed this to be crazy? Yes. We surveyed people asking which initials seemed good or bad. Then we calculated how long, on average, the people with good or bad initials lived.

As you might expect, there was no difference whatsoever. If bad initials lead to early death, what kind of parents would give their kids bad initials?