Tax Planning in an Election Year

As the final countdown to Election Day nears, taxes and tax reform are top of mind for voters. It’s been almost three years since the Tax Cuts and Jobs Act (TCJA) was passed, legislation that lowered tax rates for many taxpayers, increased the standard deduction, changed the value of itemized deductions for some and nearly doubled the estate and gift tax exemptions.

However, many of those changes are temporary, and the TCJA is scheduled to sunset at the end of 2025, resulting in an increase of the top income tax rate and a significant reduction of the estate and gift tax exemption amount.

Of course, we may see tax changes before 2026. Considering our national debt currently exceeds $26 trillion, trillions more in stimulus packages likely adding to the debt, and a debt-to-GDP ratio approaching 100%, many believe taxes are likely to increase sooner rather than later. Also, taxes may be impacted by the outcome of the election.

Below is an analysis of the current proposals of the presidential candidates, how the proposed changes could impact financial, retirement and legacy plans, as well as some strategies to help navigate an uncertain and likely changed tax environment. These proposals, if considered, would be subject to congressional debate, negotiation and approval.

Income Taxes: Currently, the top income tax rate is 37% for those with income exceeding $518,401 (single filers) and $622,051 (married couples filing jointly). President Trump would like to make the TCJA permanent.

Deductions: Currently there are no proposals from Donald Trump to change income tax deductions. The standard deduction would remain $12,400 (single filer) and $24,800 (joint filer), adjusted for inflation.

For those who itemize their deductions, they can deduct interest on mortgages up to $750,000 ($1,000,000 for those mortgages originating prior to December 15, 2017), charitable contributions, medical expenses exceeding 10% of the taxpayer’s Adjusted Gross Income (AGI) and state and local income, sales and property taxes up to $10,000.

Joe Biden would cap itemized deductions to 28% and reinstitute the Pease limitation thereby reducing the value of itemized deductions by 3% of the amount that exceeds $400,000 up to an 80% overall reduction. He would also remove the $10,000 cap on the state and local tax deduction.

Joe Biden would keep these rates the same but tax capital gains as ordinary income for those with taxable income above $1,000,000, thereby bringing the top tax rate to 43.3% (39.6% plus the 3.8% Medicare surtax).

Corporate Taxes: The top corporate tax rate is 21%. Joe Biden would increase that to 28% with a 15% corporate minimum tax.

Estate and Gift Tax: Donald Trump would make the TCJA permanent with a current federal estate and gift tax exemption of $10,000,000 per person indexed for inflation (currently in 2020 the amount is $11,580,000). He would also preserve the step-up in cost basis of capital assets held at death to fair market value.

What to Do Now

Considering the uncertain tax environment and the potential for tax reform, now is a good time to consider some strategies to take advantage of the current tax laws and mitigate the risks of higher taxes in the future. Some tax-saving strategies may include:

9 Ways Your Clients' Taxes Could Change Under Biden

1. IRAs: Contribute $6,000 to individual retirement accounts — $7,000 for those 50 and older. Maximizing these kinds of contributions lowers clients’ taxable income. Non-working spouses can take advantage of this provision as well, further reducing the tax burden for some married couples.

2. HSAs: Establish and fund a health savings account (HSA). To qualify, the taxpayer must participate in a high-deductible health plan, which is a deductible of at least $1,400 for individual coverage and $2,800 for family coverage.

HSA contributions max out at $3,550 for individuals and $7,100 for family coverage. The money in these accounts will grow and pay out tax-free if the withdrawals are used for qualified medical expenses, including payment of Medicare premiums and out-of-pocket costs.

For example, clients who regularly give to charities, but who will no longer benefit from charitable gift deductions due to the higher standard deduction, may choose to instead give a larger gift every few years and itemize during those years to maximize the impact and simply take the standard deduction in the years they don’t itemize.

4. Review the tax efficiency of clients’ investments: Financial professionals can add great value to clients by ensuring investments and income streams are tax-efficient from the start. Periodic reviews of an investor’s portfolio may unveil certain tax inefficiencies.

Unfortunately, most people don’t think about how taxes affect their investment goals. The tax drag will be greater for portfolios that are actively managed and have a high turnover ratio. This could result in a lot of short-term capital gains being distributed to the investor each year, which can face tax rates as high as 40.8%, including the 3.8% Medicare surtax.

To add insult to injury, especially during periods of high volatility like we have seen over the past year, many investors will receive a taxable distribution even though they experienced a market loss in their overall investment portfolio. Tax-efficient options include tax-managed mutual funds, tax-deferred investing with 401(k) plans, IRAs, non-qualified annuities, and cash value life insurance.

5. Review your clients’ estate plans: Clients should review their estate plans to make sure it is up to date, reflects their current legacy wishes and is consistent with the current estate tax laws. In addition, the plan should be reviewed with consideration of possible tax changes that have been proposed.

A reduction in the federal estate tax exemption amount along with a repeal of stepped-up basis for assets passing at death, as Joe Biden proposes, could have a profound impact on clients who don’t have a federal estate tax problem today, but would in the future with the enactment of these proposals.

A gifting plan may be attractive for clients whose estate is less than the current estate tax exemption but may not be once and if the TCJA sunsets or the exemption is lowered by other tax changes.

Also, some of the recent changes to the “stretch” IRA rules under the Secure Act may have impacted some of your clients’ legacy plans for their retirement assets. The recent legislation requires beneficiaries to completely withdraw inherited IRAs and retirement plans within 10 years and pay the resulting tax liability.

This could result in a massive acceleration of tax liability, forcing beneficiaries into a higher tax bracket and resulting in more of the retirement assets lost to taxes.

The loss of “stretch” may encourage more Americans to spend their retirement assets on themselves in retirement and find other assets to leave as a legacy. Leveraging life insurance for this purpose would be a way to provide a tax-free legacy to their heirs.

While there may be future changes to tax policies, now is a good time to review strategies to reduce taxes and improve the tax efficiency of a financial, retirement and estate plan. 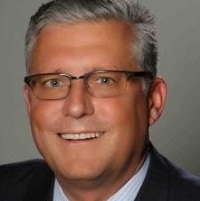 9 Ways Your Clients' Taxes Could Change Under Biden